How does mRNA leave the nucleus?

Before mRNA passes through pores in the nuclear membrane, it must undergo processing.

Messenger RNA, or mRNA, leaves the nucleus through pores in the nuclear membrane. These pores control the passage of molecules between the nucleus and the cytoplasm.

Before the mRNA arrives in the cytoplasm, however, it must be processed. mRNA processing occurs only in eukaryotes.

Additionally, a 5' cap and a 3' poly A tail are added to the pre-mRNA. The 5' cap prevents the mRNA from being degraded, while the poly A tail (a chain of adenine nucleotides) increases the stability of the molecule. 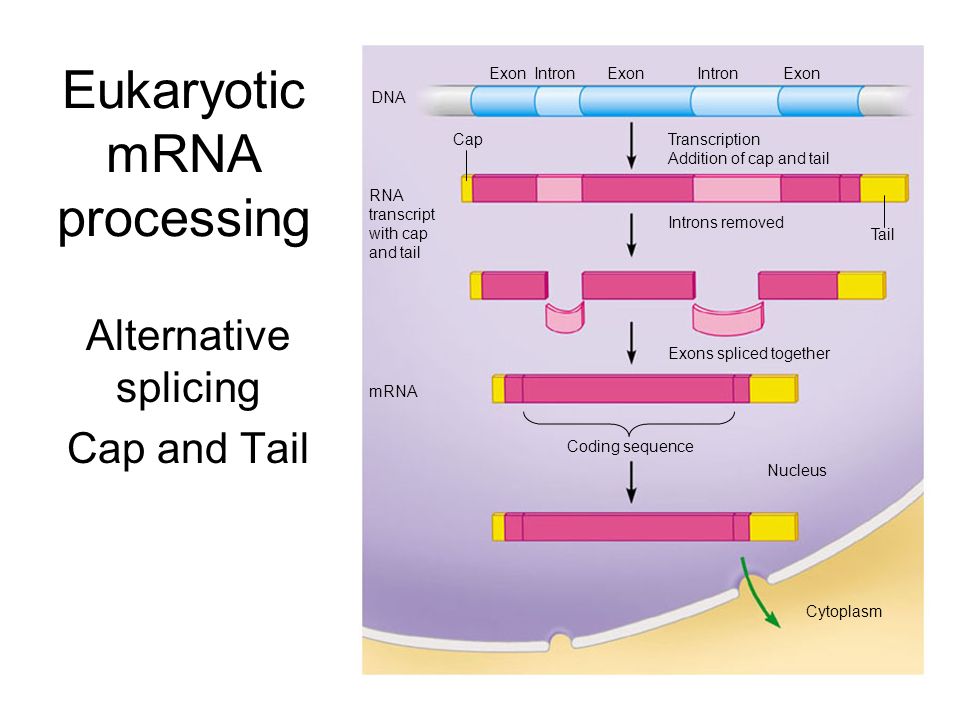