How does osteoporosis affect bone structure?

Bone is constantly undergoing a process called remodelling, where old bone is broken down and new bone is built up again. Osteoclasts (a type of cell found in bone) cut out old bone and release calcium phosphate into the blood, osteoblasts (other cells) build up new bone tissue.

Normally they cancel each other out, so bones don't get much stronger or weaker or bigger or smaller (ignoring the development phase/s). In osteoporosis, osteoclasts work far more than osteoblasts, and so bone is broken down quicker than it can be replaced, leading to pores (porosis) in the weakened bone.

Long bones, such as the humerus, radius, ulna, femur and tibia, have a layer of strong, dense bone called the cortical bone around the outside, with lighter, spongier bone known as trabecular or cancellous bone.

Since remodelling happens in both types of bone, both are affected by osteoporosis, and both become thinner, weaker, and more easily fractured or broken. 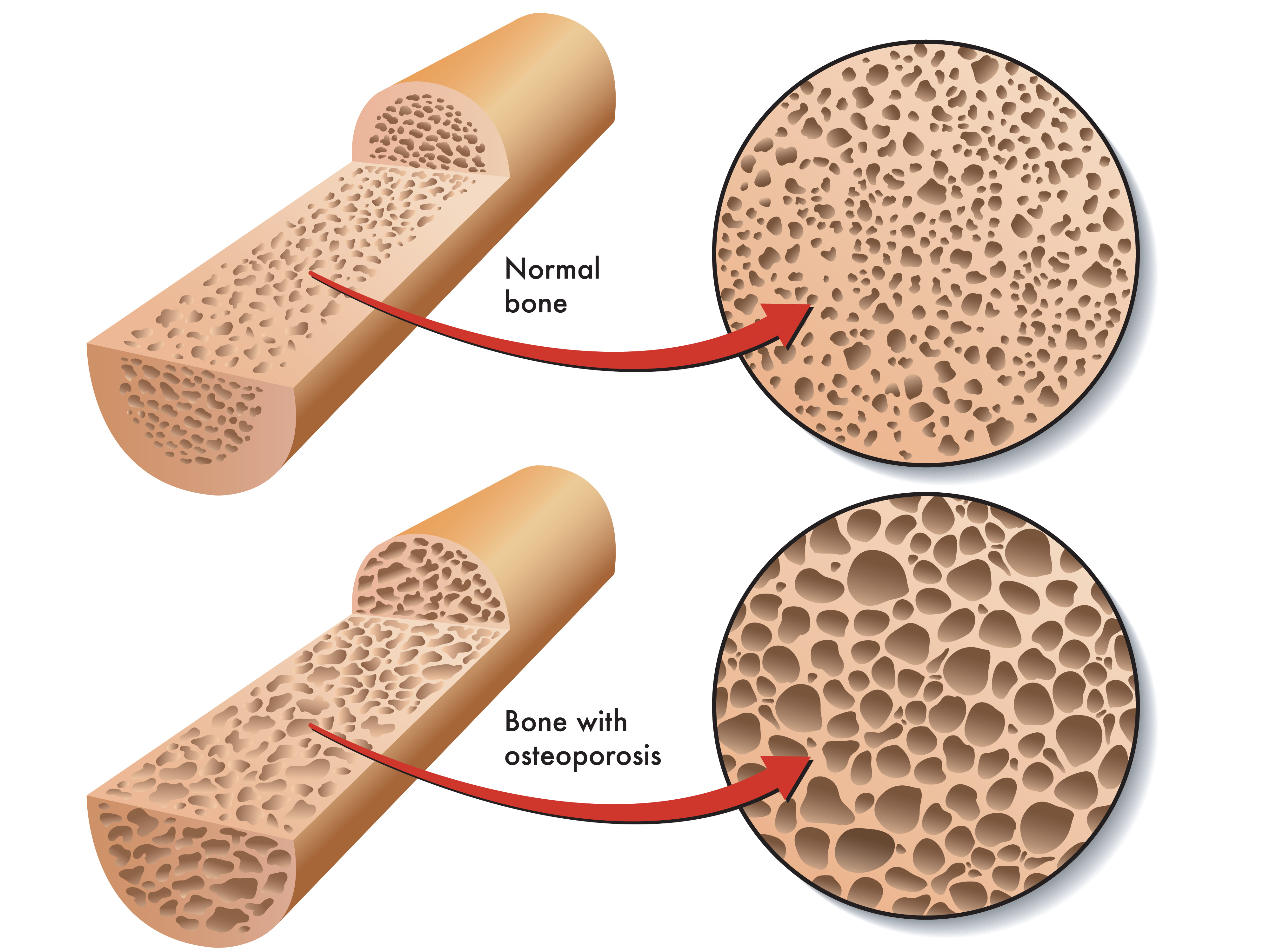 Note the two major differences above: there is a thinner layer of cortical bone around the outside, and the holes in the central trabecular bone are larger. Both of these make the bone weaker.

Osteoporosis can be caused by a number of things: lack of exercise, menopause, low testosterone levels in men, aging in general, eating disorders (not enough calcium) or simply genetics.

Etymologies can help to clarify the meaning of some scientific words:

2213 views around the world