How does the Bohr's model of an atom explain spectral lines?

Basically, through the two postulates embedded into the model:

Bohr tells us that (1) electrons can stay (without emitting energy) on specific stable orbits at fixed distances from the nucleus. Also it tells us the (2) the only possible exchanges of energy between the atom and the external world occur when an electron makes a transition from an orbit to another absorbing or emitting energy (possibly in form of a photon of light).

These transitions (between orbits) results in your spectral lines:
every jump is made exchanging energy as:

where is a constant and is the frequency. Imagine now an atom "illuminated" by white light (all the frequencies). The white light carries energy (depending on the various frequencies) and an electron can absorb the right amount of energy to jump to a higher orbit.

When an electron absorbs incoming energy and jumps to a higher orbit you have an absorption line (dark band) in the spectrum of white light corresponding to the frequency of the energy needed for the jump (and "used” by the electron to jump).

After a short while the electron goes back to the lower orbit emitting the same amount of energy, of the same frequency, it absorbed earlier. You now "see" this energy as a photon of light, i.e., an emission line! 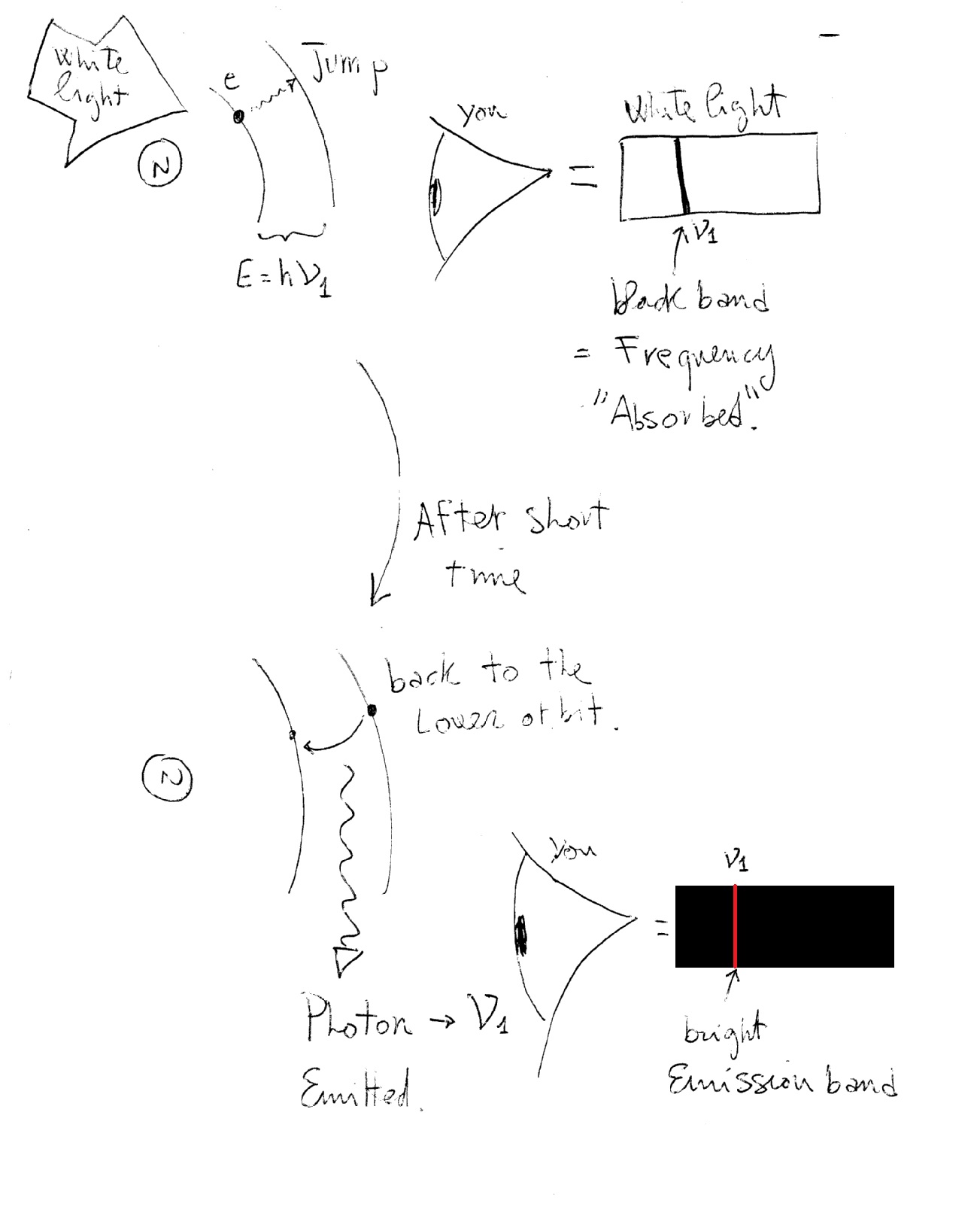 3776 views around the world