How long would it take a space probe to reach the farthest star in our solar system?

There is only one star, the Sun, in our solar system.

It is on average 149.10 million kilometers from earth.

As @chandramohanPanakkal said there is only one star in our solar system, so it would be the closest and the furthest... However to answer your question:

The space probe that came closest to reaching the sun was Helios 2 in 1976.

It came within 0.29 AU of the sun, which is 43.43 million kilometers, this value doesn't look that close but in terms of space distance it is fairly close! 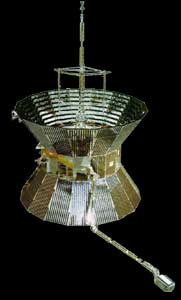 However this is most likely to change with the Solar Probe plus which will hopefully be launched in July 2018, which will fly into the Sun's atmosphere (corona), with a planned first close approach in December 2024, which would be 6 years in terms of how long it would take to reach the Sun (Making 7 flyby's of Venus first).

To conclude the amount of time it can take for a space probe to get to the sun can be anywhere from 3 months to 6 years, it just depends on the speed at which it travels or if there are missions to be done on the way to our star.

See all questions in Rockets, Satellites, and Spaceships

2926 views around the world