How many C-C bonds are there in Hexene? What is the structural formula for Hexene? 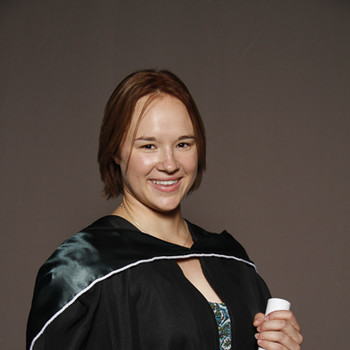 "Hex" is the prefix for 6 carbon atoms and "ene" is the suffix for an alkene.

The suffix -ene means that a hydrocarbon molecule has at least one pair of double-bonded carbon atoms, , and is called an alkene. The Greek prefix hex- means 6, and in hexene refers to the fact that it contains 6 carbon atoms in a molecule.

The chemical formula for hexene is , and contains one double bond , and four single bonds .

There are several structural isomers of hexene based on the location of the double-bonded carbon atoms, and other factors.

The following diagram is 1-hexene, a hexene structural isomer with the double bond between carbon atoms 1 and 2.

The following hexene isomer is named 3-hexene because the double bond is between carbon atoms 3 and 4.

The following hexene isomers are called cis-3-hexene and trans-3-hexene. These are 3-hexene isomers that differ in three-dimensional space. Notice that the segments are on the same side of the double bond on the cis- isomer, and on opposite sides on the trans- isomer.