How many different type eclipse are there?

There are six different types of eclipse visible from Earth.

Lunar eclipses occur at a full moon when the Moon is close to the plane of the ecliptic. They are visible from a whole hemisphere of the Earth.

A total lunar eclipse occurs when the Moon is completely in the shadow of the Earth.

Solar eclipses occur when at a new Moon when the Moon's disc covers part or all of the Sun's disc.

A total solar eclipse occurs when the Moon completely covers the Sun's disc. Total eclipses can last anything from a few seconds to about 7.5 minutes. Longer eclipses occur when the Moon is near its perigee at the time of the eclipse. Total eclipses are visible from a narrow corridor which is typically between 100 and 200 km wide. 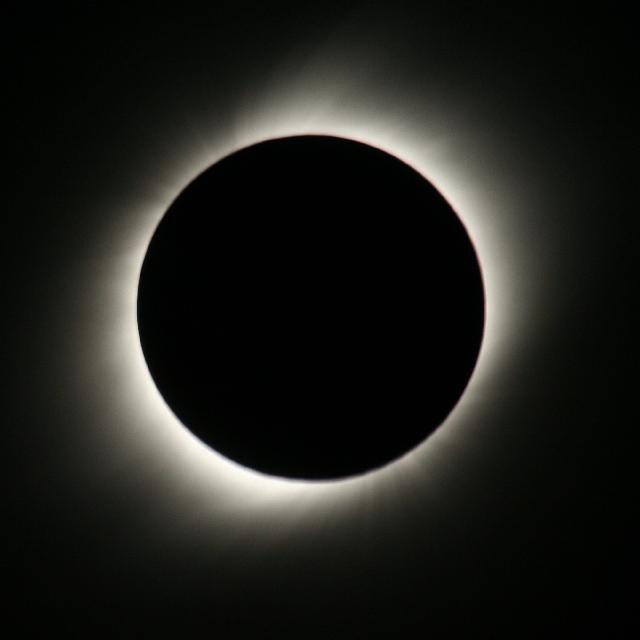 An annular eclipse occurs when the Moon is near apogee and the Moon's disc is too small to completely cover the Sun's disc.

A hybrid eclipse is when the Moon's disc is close to the size of the Sun's disc. Part of the eclipse track will see an annular eclipse and part will see a total eclipse. The zones of totality during hybrid eclipses will have a very short totality stage of less than a minute.

Total, annular and hybrid eclipses are also called central eclipses because the Lunar and Solar discs line up during maximum eclipse. 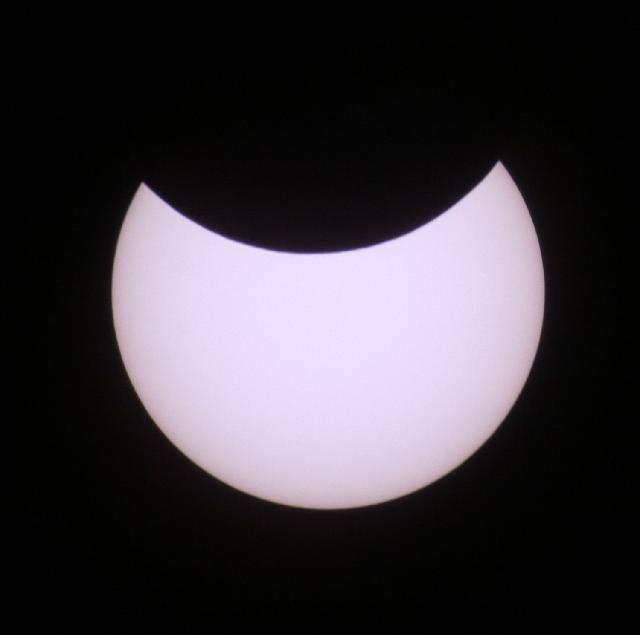 This was a partial phase of the 2009 total eclipse.

1756 views around the world