How to prepare pentabromobenzene from aniline?

I can't think of an easy synthesis for this; Ernest Z. suggested more or less what I would have done, but noted that sterics would play into making the yield quite poor. 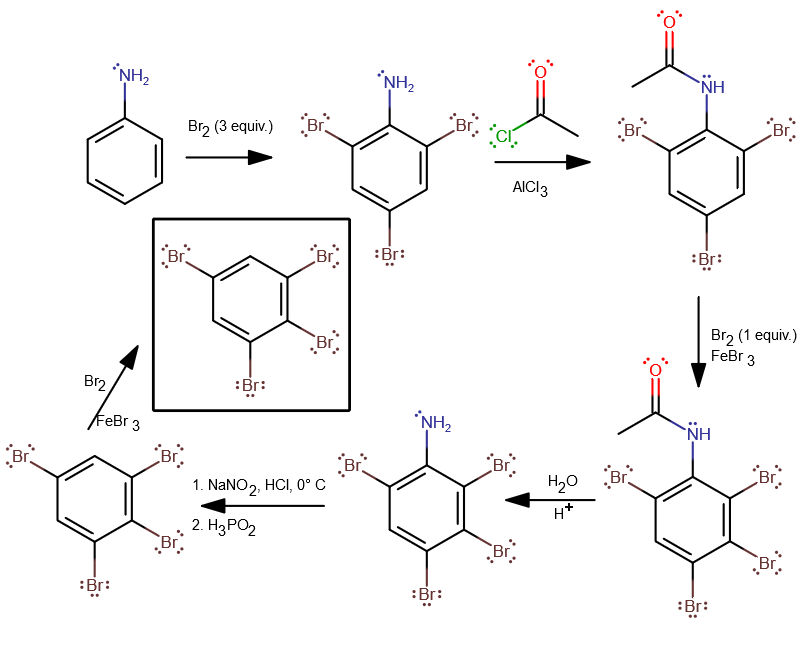 1633 views around the world