How would you convert cyclohexanol to chlorocyclohexane?

Dehydrate the alcohol; treat the resultant cyclohexene with .

The first reaction uses some source of acid (usually phosphoric acid) and heat to dehydrate the alcohol and form cyclohexene. Once you have the olefin, hydrohalogenation is facile.

An alternative way to do it is to use thionyl chloride in pyridine. It still works pretty well, despite the greater steric hindrance on cyclohexanol than a primary alcohol, and it is only one synthesis step.

The reaction is shown at the top, and the mechanism branches from the reactant from the top left. 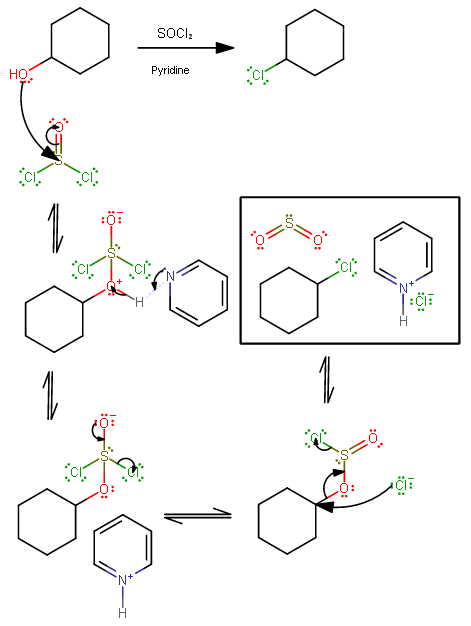