I have a test for chemistry tom and my teacher is going to give me element and I have to tell if it's either polar or non-polar how do i tell? I know that I use the difference of electronegativity?

I'll show you briefly a little bit about both.

For two atoms bonded together, the difference between the electronegativity values of the two atoms is sufficient to determine if the bond is polar or non-polar. 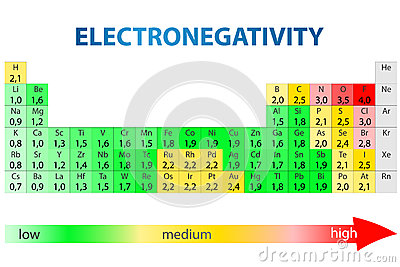 So, in order for a bond to be considered polar, the difference in electronegativity values must be greater than 0.5. For example, the bond between carbon is oxygen is polar because the EN value of carbon is 2.5 and that of oxygen is 3.5, which means a difference of 1.0.

On the other hand, the bond between carbon and hydrogen is considered non-polar because the difference in EN is 0.4.

On the other hand, for molecule to be polar you have to have both polar bonds (it's a must) and a favorable molecular geometry.

By the way, diatomic molecules suchs as , , and are non-polar because they have a non-polar bond; in their case, the difference in EN is zero.