If a light passes through two Polaroid filters whose polarization axes are parallel to each other. What would be the result?

As light passes through a polarized filter, the filter 'pinches' the light and only allows it to fluctuate in one dimension. In the image below, the horizontal wave is blocked, and the vertical wave is allowed to continue on. 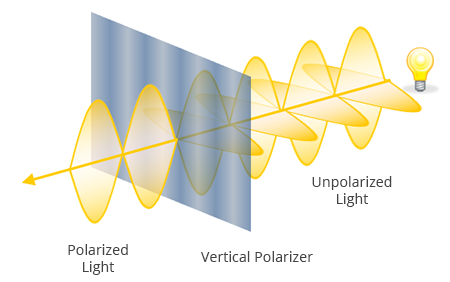 If you were to place another vertical filter in the path of this light, there would be no horizontal aspect to block, and the wave would continue on uninterrupted. A horizontal filter, however, would block the light entirely, since it would stop the wave from fluctuating in the vertical direction.

4449 views around the world