Is I-131 more likely to undergo beta-decay or positron-decay?

Without going into too much detail, an element's radioactivity corresponds to the ratio between protons and neutrons it has in its nucleus.

The N/Z ratio must fall within a certain range, known as the Belt of Stability, in order for the element to be stable. 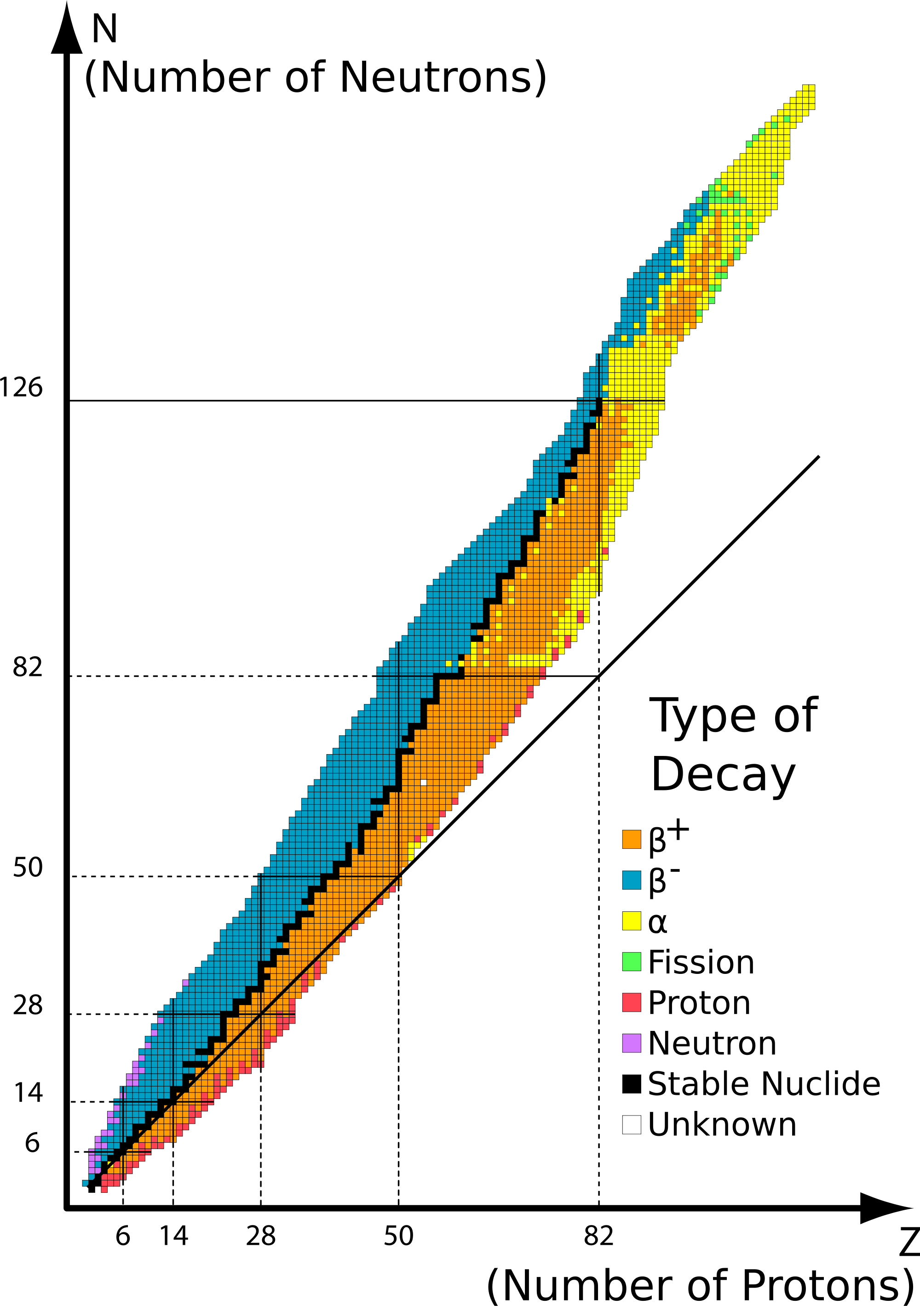 This means that the N/Z ratio is high (78 neutrons compared to 53 protons), which means that I-131 will undergo beta decay, since this type of decay will reduce the N/Z ratio.

The equation for I-131's beta decay is

, where is a beta-particle (an electron).

Notice that the number of protons has increased by 1 (53 54), but the atomic mass number has remained unchanged. There are now 54 protons and neutrons, which means the N/Z ratio has decreased and the stability of the isotope has increased.

Here's a link to another answer a contributor already posted:

See all questions in Positron Decay