Is the sun directly in the center of earth's orbit?

The orbit is an ellipse of small eccentricity e = 0.01671. Sun is at a focus of the ellipse The distance of the Sun from the geometrical center of the orbit is 2,499,787 km

The Sun is not at the centre of the Earth's orbit. 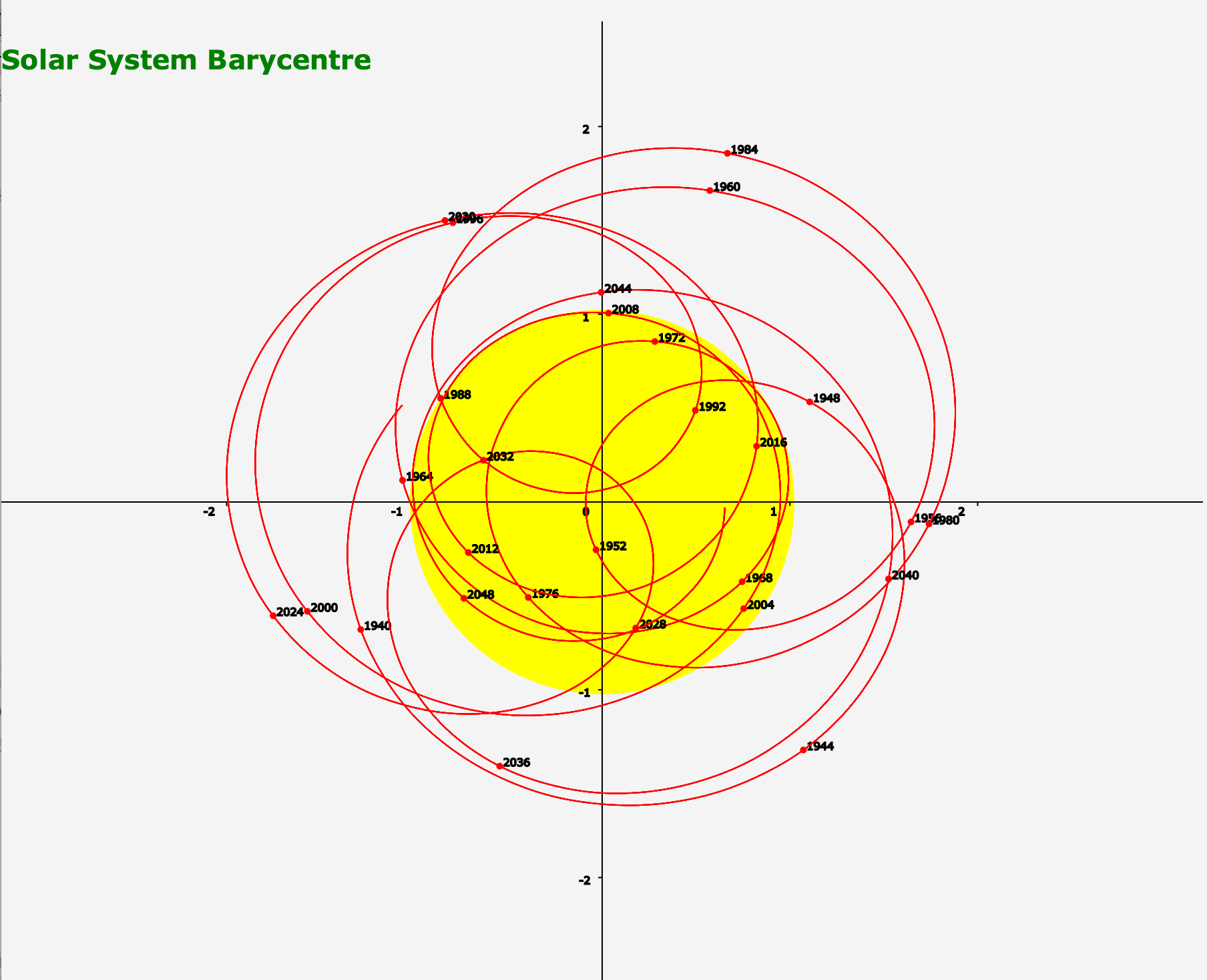 The graph shows the position of the Solar System Barycentre relative to the centre of the Sun from 1938 to 2051. The unit of distance is the solar radius . The graph was plotted using NASA's DE430 data by a program I just wrote. The change in position is quite staggering. Most of the effects are due to Jupiter and Saturn.

So, the true story is that both the Sun and the Earth-Moon Barycentre orbit around the Solar System Barycentre.

Also, the Earth's orbit is slightly elliptical, with the Earth orbiting around one of the foci. The orbit is not a true ellipse as it is constantly being deformed by the gravitational pull of the other planets.

The Earth's perihelion distance and its aphelion distance . The semi-major axis is defined as . This gives a value of . The distance of the centre of he ellipse from the focus is 2,500,000km.

So, the distance of the Sun from the centre of the Earth's orbit is depending upon the positions of the other planets.