On what continent did human life begin?

Studies and evidences show that Africa is the continent on which human life begin. 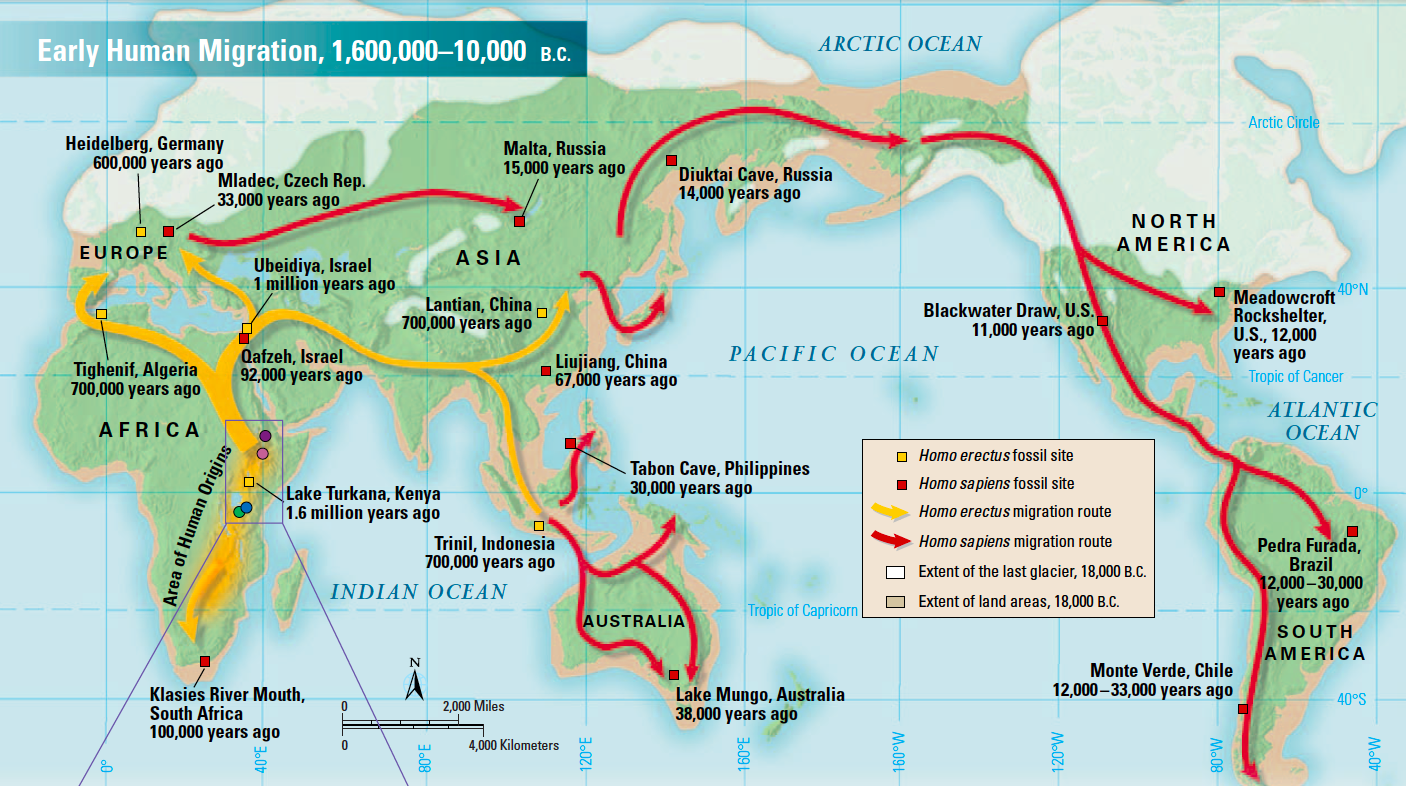 It is in Africa that the oldest fossils of the early ancestors of humankind have been found. Modern humans, Homo sapiens, evolved in Africa (see here). Our ancestor, Homo habilis is thought to be the first of our ancestors to leave Africa.

Scientific techniques, ranging from fossil identification, radiocarbon dating and analysis of DNA - the human genetic blueprint passed down from one generation to the next - all support the notion that Africa, and in particular the eastern and southern regions, is the cradle of humankind.

To learn more about human evolution and the timeline, see the Smithsonian's interactive website and check out the timeline they have created.

See all questions in History of Life on Earth