The n and l quantum numbers of an electron of an element are n=5 and l=1. What type of element is it?

If by "type of element" you mean which block it belongs to, then all you have to do here is interpret the values of two quantum numbers provided to you.

As you know, each electron that's part of an atom is characterized by four unique quantum numbers.

Now, take a look at how the periodic table can be split up into (at least) four distinct blocks 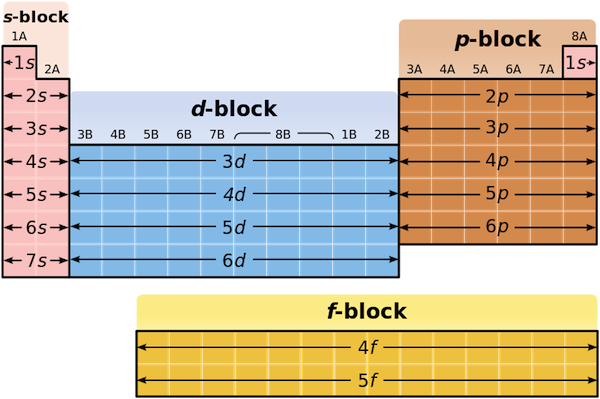 Now, atoms that have their highest-energy electrons located in the p-subshell will be part of the p-block.

If by "type of element" you mean metal, metalloid, transition metal, or nonmetal, then the information provided to you is not enough to allow you to give a definitive answer.

The problem with being a part of the p-block is that this block contains metals, metalloids, and nonmetals.

For example, an electron described by the following four quantum numbers

is the highest-energy electron of indium, , which is a metal.

An electron described by this set of quantum numbers

is one of the highest-energy electrons of antimony, , which is a metalloid.

Likewise, an electron described by this set of quantum numbers

is one of the highest-energy electrons of iodine, , which is a nonmetal.

8050 views around the world