The tube into which the trachea divide to go into each lung is called what?

The trachea divides into two bronchi when it enters the lungs.

When the trachea reaches the lungs, it splits into two tubes: the right bronchus and the left bronchus. Each of these enters a lung. 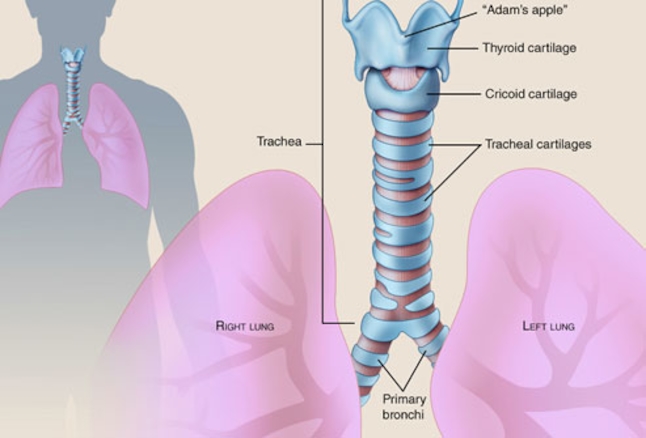 The trachea and bronchi share many structural components, including smooth muscle, cartilage, and cilia. However, the bronchi are only about centimetres in diameter, whereas the trachea is approximately .

The air passes from the trachea into the bronchi. Then, the bronchi subdivide into a massive network of smaller airways called bronchioles, which carry the blood to the alveoli, where gas exchange occurs.

7607 views around the world