What are exponential growth models? 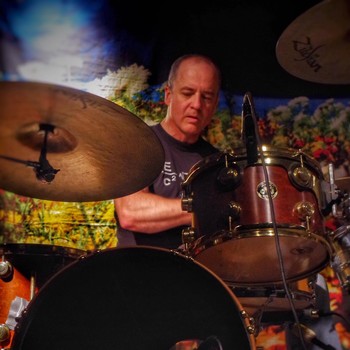 An exponential growth model describes what happens when you keep multiplying by the same number over and over again. It has many applications, particularly in the life sciences and in economics.

A simple exponential growth model would be a population that doubled every year. For example,

where A is the initial population, x is the time in years, and y is the population after x number of years. Having x in the exponent causes the initial value ( A) to keep doubling as x increases.

That's an Algebra explanation, though, and this is being asked for a Calculus course. So now I have to skip ahead.

When you're dealing with things that grow exponentially, the number e (2.71828...) shows up, similar to how shows up whenever you talk about circles and trigonometry. Here's why, using some of the techniques you should have learned in your Calculus course.

Exponential models describe situations where the rate of change of some thing is directly proportional to how much of that thing there is.

where is the rate of change in an instant, y is the amount of the thing we're talking about at that instant, and k is the constant of proportionality.

This can be solved in the given terms to produce a general exponential growth/decay model.

We can solve the differential equation by first separating the variables.

Then we integrate both sides.

Hopefully, you've learned how to anti-derive and .

1) We can drop the absolute value in this case. We're talking about a population of some sort, or money. We won't need negative numbers.

2) We only have to write on one side. Yes, every time you integrate, a should appear. But whatever those constants might be, it's easy enough to collect them both on one side, and call the result .

Now, we are not done solving a differentional equation until we have solved for y. So we have to get rid of the natural logarithm () by making both sides of the equations exponents with e as the base.

Now, since C is a constant, then e^C is just some other constant. We'll call that constant C. Now we have:

This is your general exponential growth model.

y is the amount of the thing we're talking about after t units of time have passed.

C is the initial amount of the thing we're talking about, when .

k is a specific constant to each situation. There are several ways to solve for it, depending on the situation. You can make a quick rule for k by solving for it.

Or, in English: k is the natural log of the amount at t divided by the initial amount C, all divided by how long it took to get from C to y.

Depending on the specifics of the problem your facing, it might make the most sense to just use the equation above as a formula. Sometimes, it makes sense to take the initial conditions and set them up as integral, and solve the new differential equation with the specific conditions.

Sometimes we use slightly different versions of the above model (for example (Newton's Law of Cooling). Sometimes, the model looks very different from the above (as in logistic growth models). But the principle is the same.

To give a more detailed answer, I would need a more specific question.

See all questions in Exponential Growth and Decay Models