What are some examples of human practices that can change ecosystems?

Humans change ecosystems in many ways, such as habitat destruction, pollution, introduction of invasive species, and overexploitation of species.

The most common way that humans damage ecosystems is by destroying habitat. For example, we remove trees, change the flow of water, and change grasslands into farms. These practices can lead to local extinctions of species and cause other species to migrate to new areas. 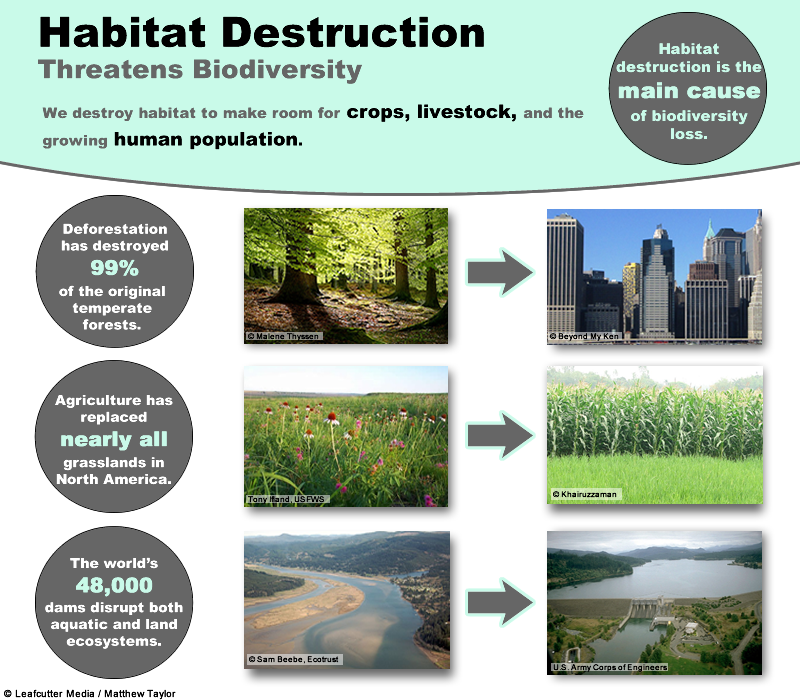 We also pollute the air and water, leading to many effects on ecosystems. One major effect of air pollution is the accumulation of greenhouse gases in the atmosphere. These gases trap heat in Earth's atmosphere, warming the planet and causing global climate change.

Introducing species into a new ecosystem can have serious consequences. For example, invasive clam species are dramatically changing the San Francisco bay as they outcompete local populations and enjoy a population explosion without any predators. 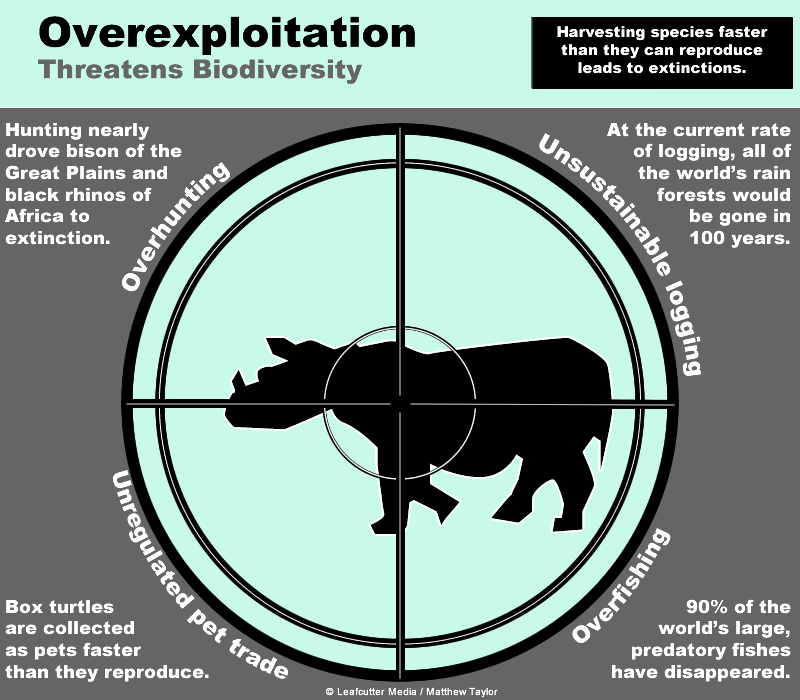 See all questions in Human Practices that Change Ecosystems