What are the different types of fossils?

The different types of fossils include:

Each of them form in different ways...

Petrified fossils:
Fossils often form when an organism’s remains become petrified, or “turned into stone.” In this process, mineral-rich water soaks into the small cavities and pores of the original organ- ism. The minerals precipitate from the water and fill the spaces. 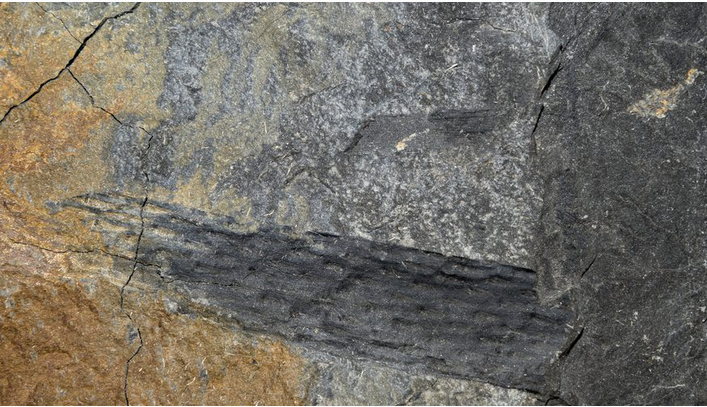 Molds fossils:
A fossil mold is created when a shell or other structure is buried in sediment and then dissolved by underground water. The mold reflects only the shape and surface markings of the organism. It doesn’t reveal any information about its internal structure. 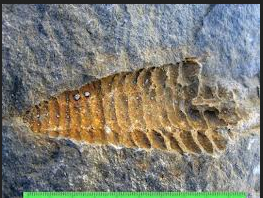 Casts fossils:
Cast fossils are created if the hollow spaces of a mold are later filled with mineral matter. 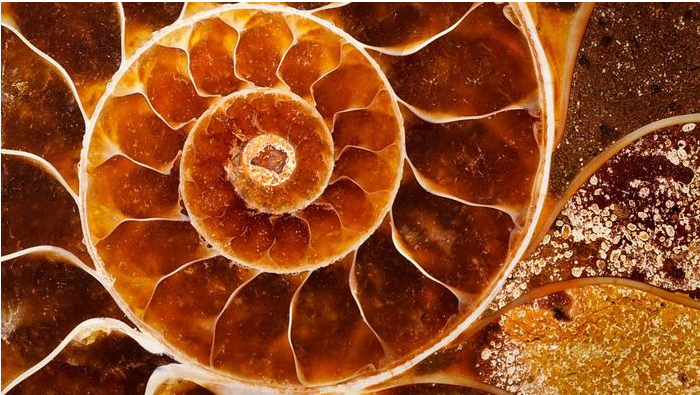 Carbon films:
Fossils called carbon films can preserve delicate details of leaves and animal parts. The formation of a carbon film begins when an organism is buried under fine sediment. Over time, pressure squeezes out liquids and gases and leaves behind a thin film of carbon. Black shale often contains carbon film fossils. Sometimes, the carbon film itself is lost from a fossil. However, an impression of the fossil may remain. 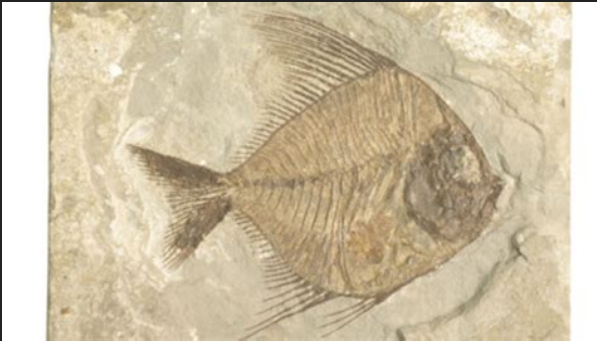 Sometimes, fossilization preserves all or part of an organism with relatively little change. The mammoth frozen in permafrost is one example. Another example is insects preserved in amber—the hardened resin, or sap, of ancient trees. The fly in Figure 10E was preserved after being trapped in a drop of sticky resin. Fossils can also form when remains are preserved in tar. Tar is thick petroleum that collects in pools at the surface. The La Brea Tar Pits in Los Angeles, California, have yielded preserved remains of ice-age mammals such as mastodons and sabre-toothed cats. 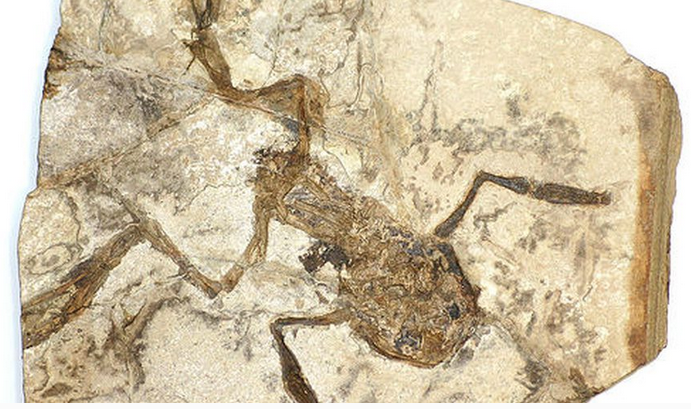 Trace fossils:
Trace fossils are indirect evidence of prehistoric life. Tracks, like the ones in the picture below, are animal footprints made of soft sediment that later changed to sedimentary rock. Burrows are holes made by an animal in sediment, wood, or rock that were later filled with mineral matter and preserved. Some of the oldest known fossils are believed to be worm burrows. Coprolites are fossils of dung and stomach con- tents. These can often provide useful information regarding the food habits of organisms. Gastroliths are highly polished stomach stones that were used in the grinding of food by some extinct reptiles. 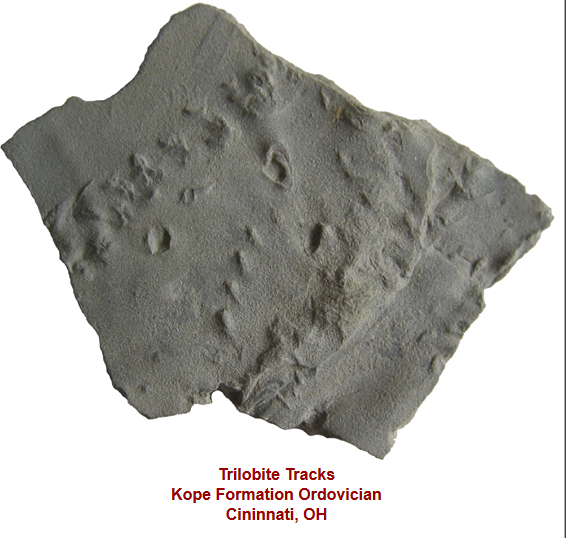