What body systems does schizophrenia effect? 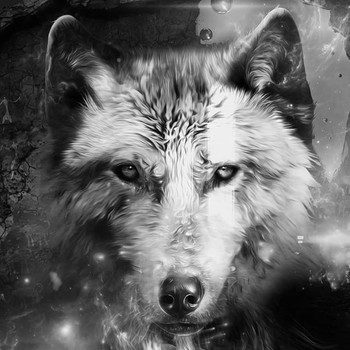 Cognitive disorders: these are the first symptoms that appear and affect the memory, attention, concentration, judgment and organizational ability of schizophrenics.

It is important to mention that the symptoms vary greatly from one individual to another and may even vary from one psychotic episode to another. Moreover, there are several forms of schizophrenia (paranoid, disorganized, catatonic, undifferentiated, simple and residual). But in general, the schizophrenic gradually loses his ability to function normally in all spheres of his life (personal, academic, professional, social, family, etc.) Among the many prejudices of schizophrenics, Are all dangerous and violent is very widespread. However, most schizophrenics are not violent and avoid social contact. However, when the illness is not well cured, some patients can become ill as explained by Dr. Pierre Lalonde, psychiatrist at the clinic young adults (schizophrenia) of the Louis-H.-Lafontaine Hospital (Montreal, Canada). "In acute phase, when they are hallucinated, delirious and they feel in danger, they can sometimes defend themselves aggressively. But once under treatment, the likelihood of violence decreases enormously. "

Schizophrenia manifests itself in acute episodes of psychosis in which the schizophrenic is hallucinated and delirious. These psychotic relapses are often favored by stress in the subject's environment or by drug use. Once psychosis is resorbed, a large majority of them remain struggling with chronic difficulties (negative symptoms and cognitive impairment).

Positive symptoms: hallucinations and delusions. Hallucinations are defined as distortions in the perception of the senses. For example, schizophrenics often hear voices that no one else hears. Moreover, these voices are often negative: they torment them, accuse them, give them orders or threaten them. As for delusions, these are unfounded beliefs or irrational beliefs. A delirious schizophrenic may think that he wants to kill him or that the television sends him messages or controls his thoughts. When they are hallucinated and delirious, schizophrenics are no longer in touch with reality, they generally adopt rather bizarre behavior and their speech is incoherent. For example, they can talk to their TV, bury themselves in the dark basement or walk naked on the street.

Negative symptoms: they refer to the loss of emotional and social abilities that occurs in schizophrenics. Generally, they isolate themselves socially, withdraw into themselves, are not expressive or express their emotions inappropriately. They also have difficulty conversing, lack of interest in activities of daily living, little or no initiative and do not seem motivated.

1895 views around the world