What causes gas pressure (in terms of kinetic theory)?

Gas pressure is caused by the collisions of gas particles with the walls of the container. 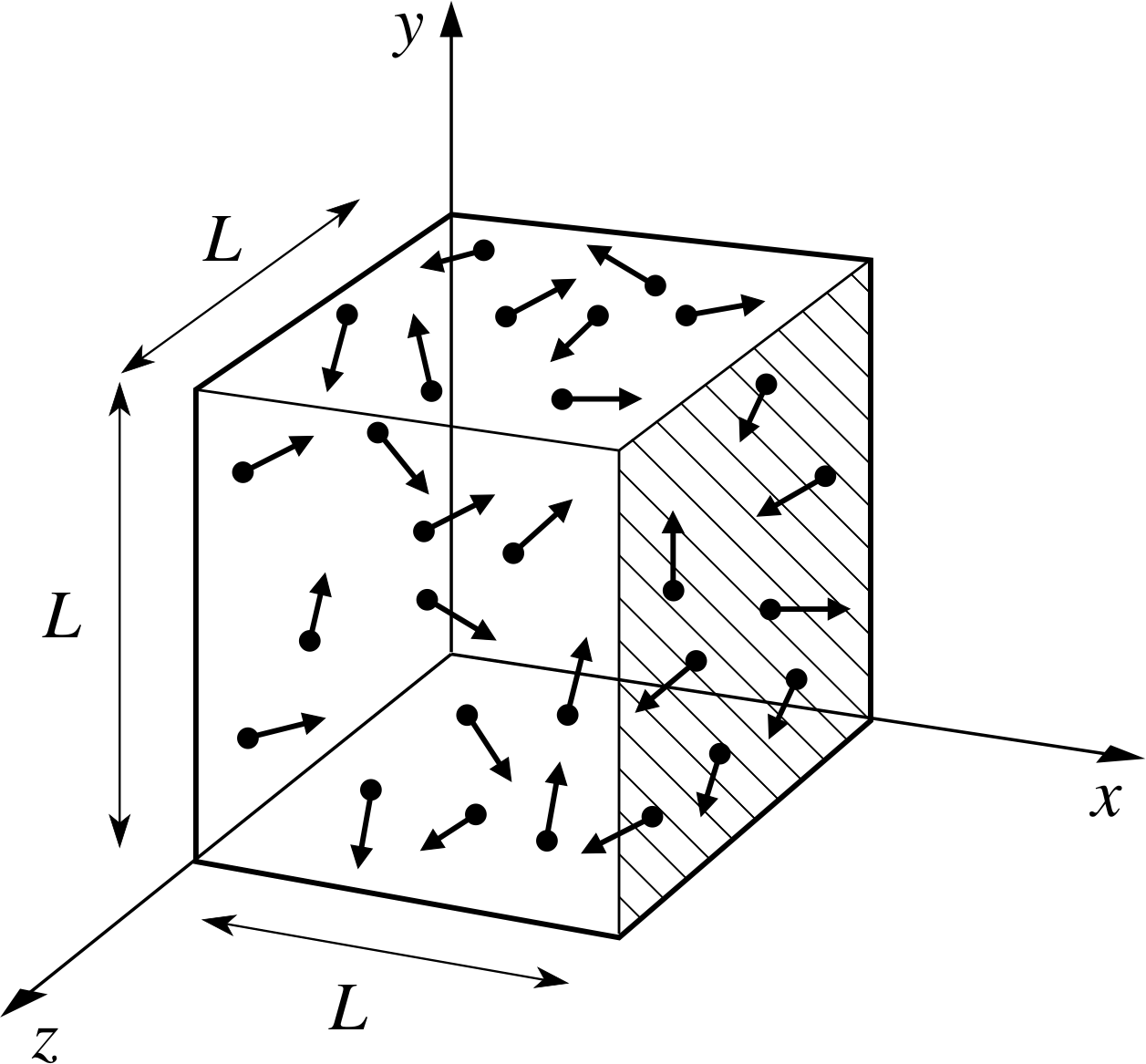 According to kinetic theory, molecules inside a volume (e.g. a balloon) are constantly moving around freely.

During this molecular motion, they constantly collide with each other and with the walls of the container.

In a small balloon, that would be many thousands of billions of collisions each second.

The force of impact of a single collision is too small to measure.

However, taken all together, this large number of impacts exerts a considerable force on the surface of the container.

If they hit the surface of the balloon straight on (at a 90 ° angle), they exert their maximum force.

If they hit the surface at an angle less than 90 °, they exert a smaller force.

The sum of all these forces causes the pressure, , that is exerted by the gas.

The diagram above represents a balloon containing molecules of a gas (the red dots).

The yellow arrows indicate that the gas pressure, , in the balloon is exerted outward against the walls of the balloon.

The direction of this force is always perpendicular to the surface of the container at every point.

The video below gives a good explanation of gas pressure.