What contributes to the wall of an orbit?

I'm not entirely sure what you (the invisible questioner) mean here, but here is an educated guess...

Here's what I think you're referring to.

BOUNDARIES OF AN ORBITAL

Not to be confused with an orbit, an orbital is a region of electron density in the modern model of the atom where the position of the electron is plotted as a probability density, a distribution over many measurements.

This is the orbital: 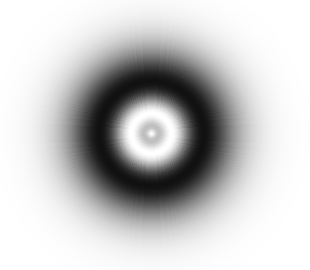 The darkest regions are where electrons are most likely to be found. They are known as the most probable radial distance [from the nucleus].

Anywhere outside an orbital is where electrons cannot be observed.

This is the result of how the wave function is defined in the first postulate of quantum mechanics (slightly modified from Physical Chemistry: A Molecular Approach, McQuarrie):

The state of a quantum-mechanical system is completely specified by a function that depends on the coordinate of the particle. All possible information about the system can be derived from . This function, called the wave function or the state function, has the important property that is the probability that the particle lies in the [volume] interval , located at the [radial] position .

An important note about this postulate is that is only defined where the system exists... but the orbital is the system here (specified by ), in which we have the particle, the electron (its position on which , and hence the state of the system, depends).

The wave function mathematically vanishes outside the orbital, as formally defined below:

is a normalization constant such that .

387 views around the world