What does Bohr's model of the atom look like?

It is often called a "planetary" model, because it looks like the Sun with the electrons revolving around it like planets in their orbits. 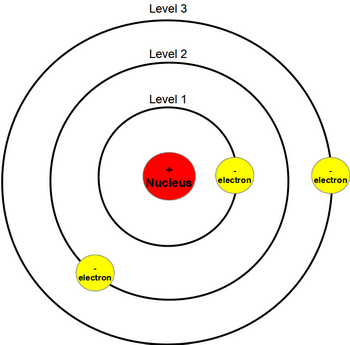 The orbits correspond to energy levels or shells. The energy of each shell increases as it gets further away from the nucleus.

As the atomic number of the atom increases, the number of electrons orbiting the nucleus also increases.

The electrons fill the inner shells first, because they are of lower energy than the outer shells.

The video below shows how Bohr came up with the planetary model and shows how the model explains the line spectra of elements.