What happens after two galaxies collide? 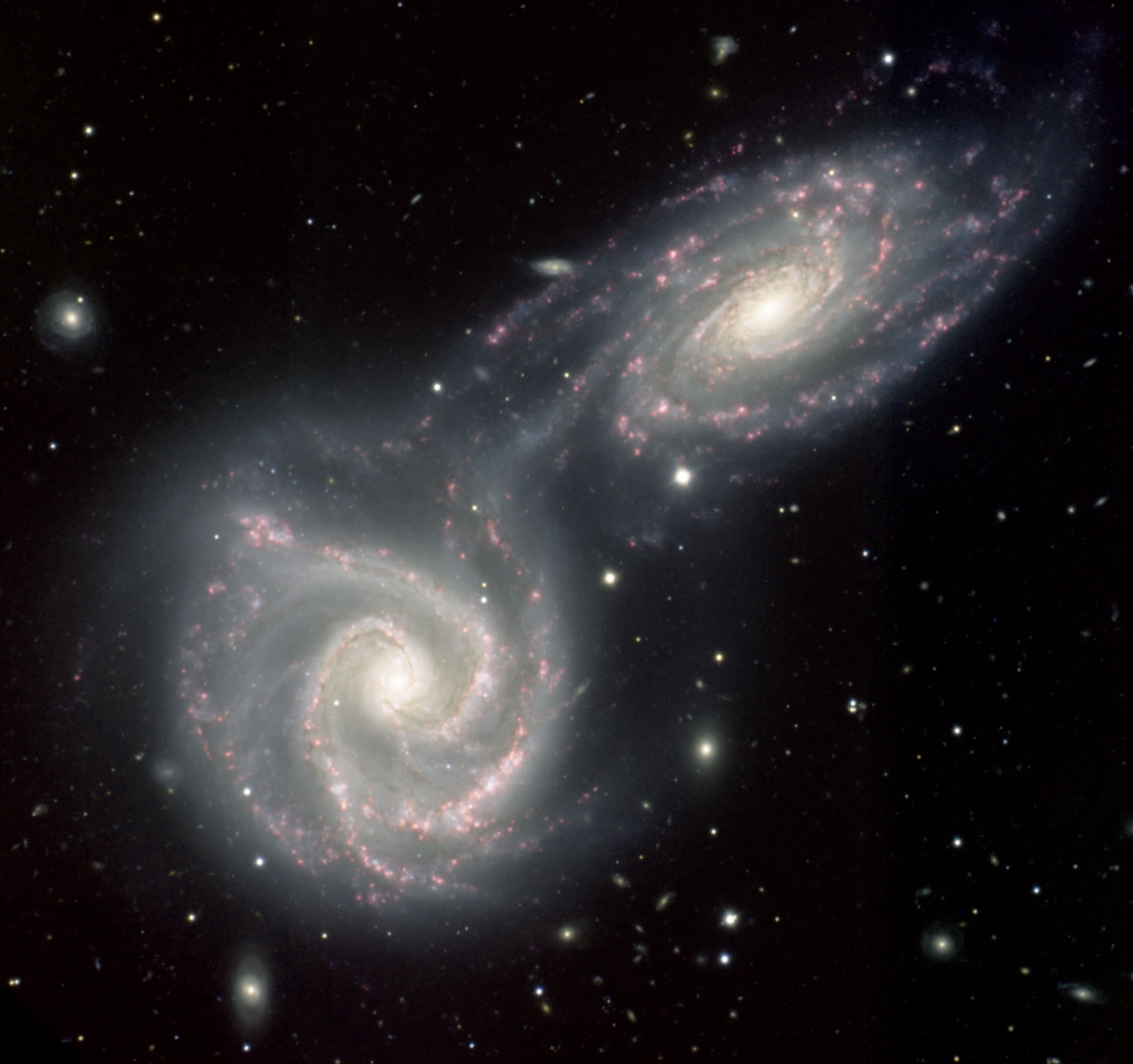 This picture above is the ongoing collision of galaxies NGC 5426 and NGC 5427. These spiral galaxies resemble our galaxy and the Andromeda galaxy. As can be seen, the gravity of the galaxies is "stealing" material from the other galaxy as they begin to collide.

It is impossible to predict what our galaxy will look like after it collides with Andromeda, but many speculate that it will be a much larger version of what we see today.

1643 views around the world