What impact did the Thirty Years' War have on German States?

I'm going to write this from the perspective of Brandenburg (as it describes most of the Central German experiences as a whole).

Brandenburg (like many other small German states, albeit Brandenburg was slightly more powerful), entered this era incredibly unprepared for the trials and tribulations it would face. It had absolutely 0 bargaining chips (for friend or foe). To the south stood Silesia (Habsburg crown lands), to the north, was the emerging powers of Sweden and Denmark (only blocked by Pomerania, who was scrawny), and to the west Saxony. Brandenburg (like many other minors), had no means to defend themselves against the onslaught of ravaging armies, therefore they had to get into a side. Worst of all was Brandenburg's leader, George William Hohenzollern, described by Frederick as "incapable of governing", and "indecision of mind as the absence of a mind to make anything up", you can see they weren't at all prepared. The single boon they had, was that George William's sister was married to Swedish king (Gustavus Adolphus), which was not even a real positive or negative, as if they allied with the Protestant princes they'd get beleaguered by Austria.

The experiences were summed up by Frederick the Great, who later wrote a century and a half later, that the lands "were desolated during the Thirty Years War, whose deadly imprint was so profound that its traces can still be discerned as I write...". After Catholic league general Tilly defeated the Protestants at Stadholn (1623), Mark and Ravensberg (Westphalia) became his personal quartering areas. In 1626, Count Mansfeld overran the Altmark and Prignitz (northwest of Brandenburg), and were pillaged. The Danish envoy, with much hubris stated that "Whether the Elector (Brandenburg) likes it or not, the [Danish] King will go ahead all the same. Whoever is not with him is against him." 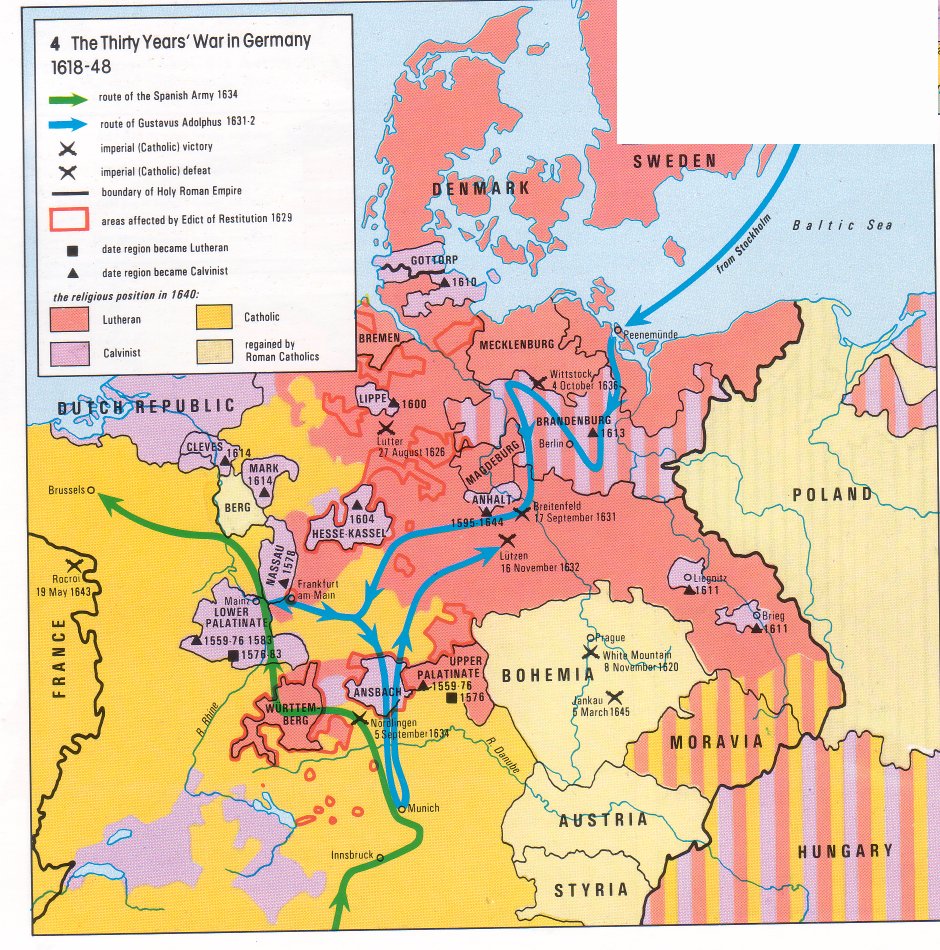 Brandenburg had a switcheroo of alliances, first Catholic, then Protestant. Gustavus Adolphus made it plenty clear when he responded to an envoy sent by the Elector "I don't want to know or hear anything about neutrality. [The Elector] has to be friend or foe. When I come to his borders, he must declare himself cold or hot. This is a fight between God and devil. If My Cousin wants to side with God, then he has to join me; if he prefers to side with the devil, then indeed he must fight me; there is no third way." George William prevaricated all up until Gustavus arrived at the gates of Berlin, where George William was pretty much coerced into accepting an alliance. Needless to say, in 1631, the Protestant city of Magdeburg was slaughtered by Tilly, 20,000 people were exterminated.

To give you a sense of the loss of life here: 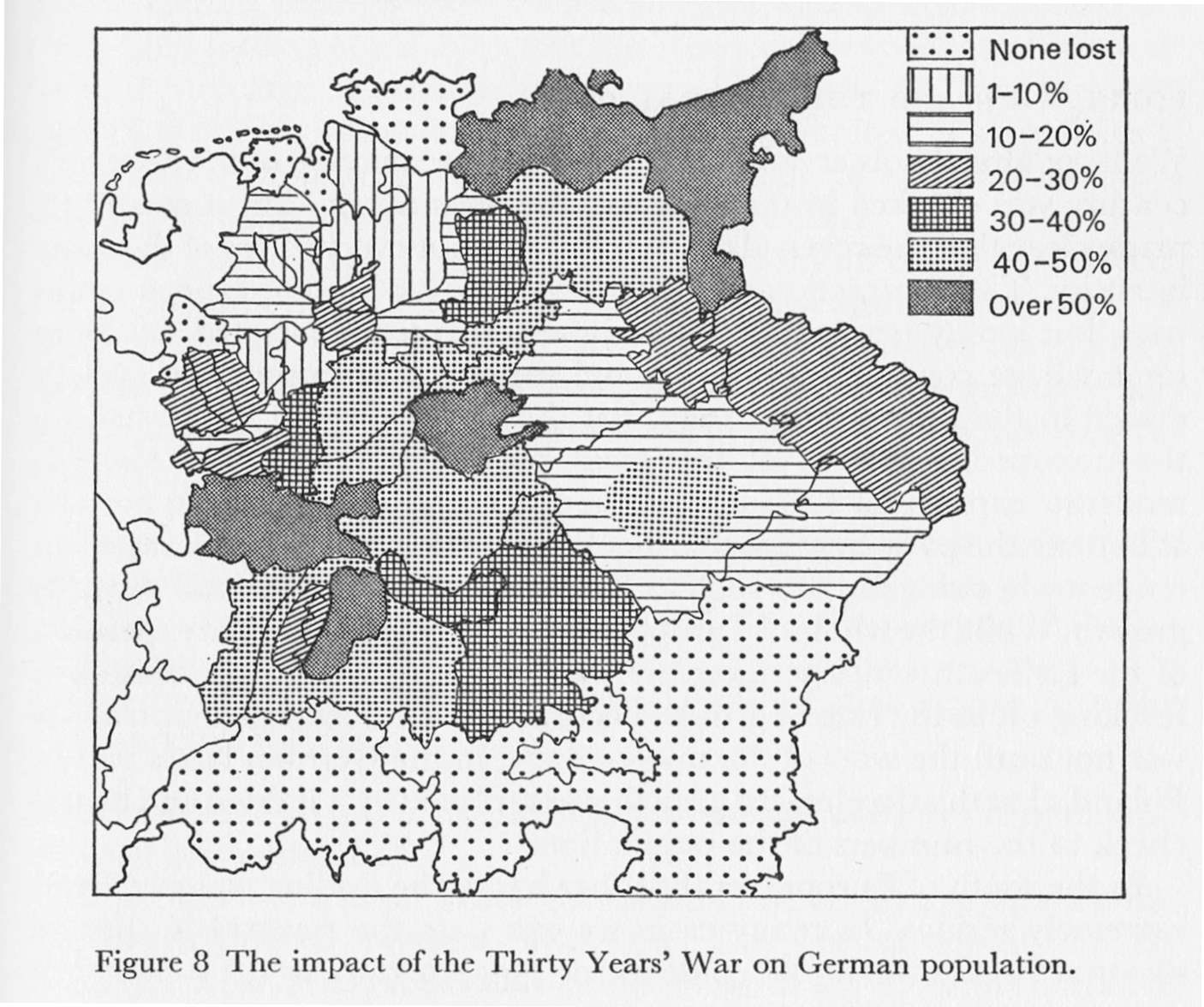 By the end of the war, Brandenburg had joined the Catholic side yet again after Gustavus died at The Battle of Lützen (https://en.wikipedia.org/wiki/Battle_of_L%C3%BCtzen_(1632)) The imperial army lost at the Battle of Wittstock, the Swedes, yet again, controlled the Altmark.

Overall, this was the scenario for lots of the protestant princes, inevitable incursions into their territory, which is why Germany was affected so dearly in the years afterwards.

4160 views around the world