What is an amino acid and how do they make up proteins?

Amino acids are molecules that are the building blocks of proteins.

An amino acid is a molecule (compound) that has a backbone with an amino-end and an acid-end (carboxyl). There are 20 amino acids that form all the proteins in the body, they differ in their side chain R (see image) 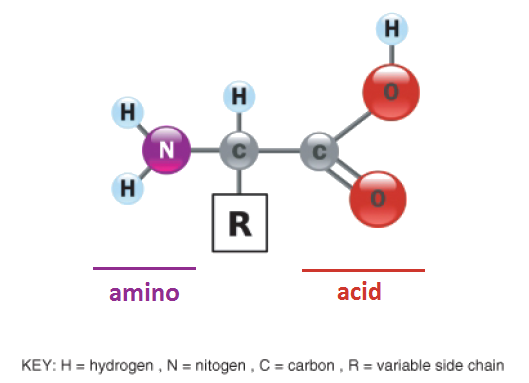 To form a peptide a few amino acids are coupled together. To form a protein a whole string of amino acids is formed and later folded.

The coupling of amino acids is a condensation reaction i.e. water is released. The image below shows this reaction. The bond between two amino acids is called a peptide bond . 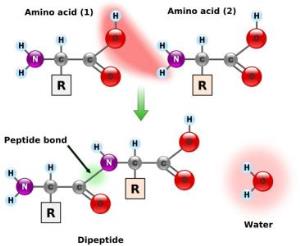 8121 views around the world