What is an example of an acid-catalyzed alkoxylation?

The acid-catalyzed alkoxylation is an analogous reaction to the acid-catalyzed hydration (Markovnikov addition of water via acid catalysis), and can go as follows for a substituted alkene and a generic alcohol: 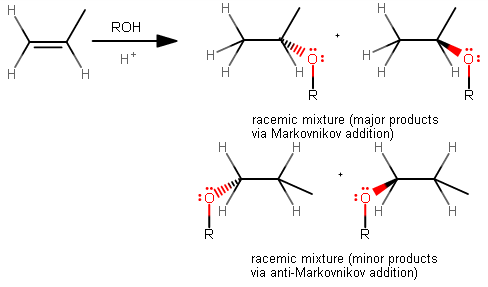 where the racemic mixture of the major or minor products can be written as a line bond instead of both the hash and wedge bonds.

(Had it not been racemic but uneven, a squiggly bond would have been the way to write it.)

The mechanism would go as follows: 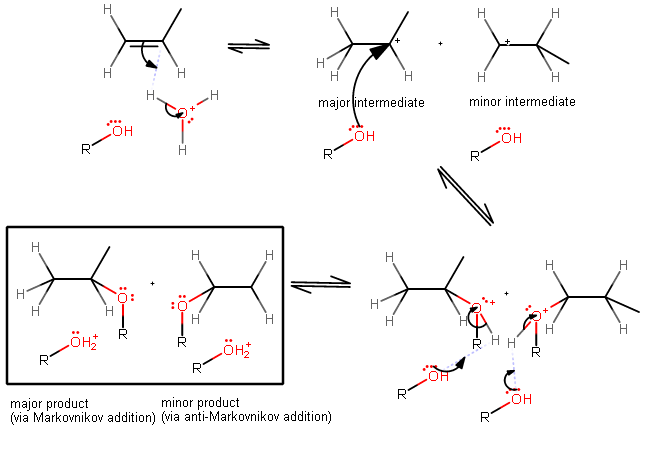 1708 views around the world