Esterification is when two reactants basically form an ester in the end. But you knew that.

A common one is called the Fischer esterification, which is when excess/xs alcohol reacts with a carboxylic acid in (other) acid.

Here is an example of a general carboxylic acid reacting with a general alcohol in :

The mechanism is just like other nucleophilic addition-elimination reactions in your book. 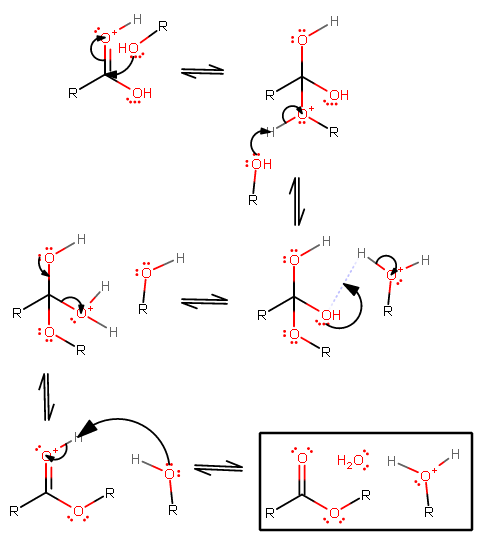 You should notice that the on the original, general carboxylic acid was replaced with the alkoxide of your general alcohol.