Fracking is a relatively new method of extracting natural gas from the earth.

Also known as hydraulic fracturing and hydrofracking, fracking is a relatively new method of extracting natural gas from the earth. Fracking recovers natural gas from shale, a type of sedimentary rock. Natural gas is contained in this shale in pockets.

Hydraulic fracking involves drilling deep into the earth vertically and then drilling horizontally into the shale. After drilling a mixture of water and chemicals is pumped at a very high pressure into the earth, breaking apart the layers of the shale and releasing the natural gas inside. 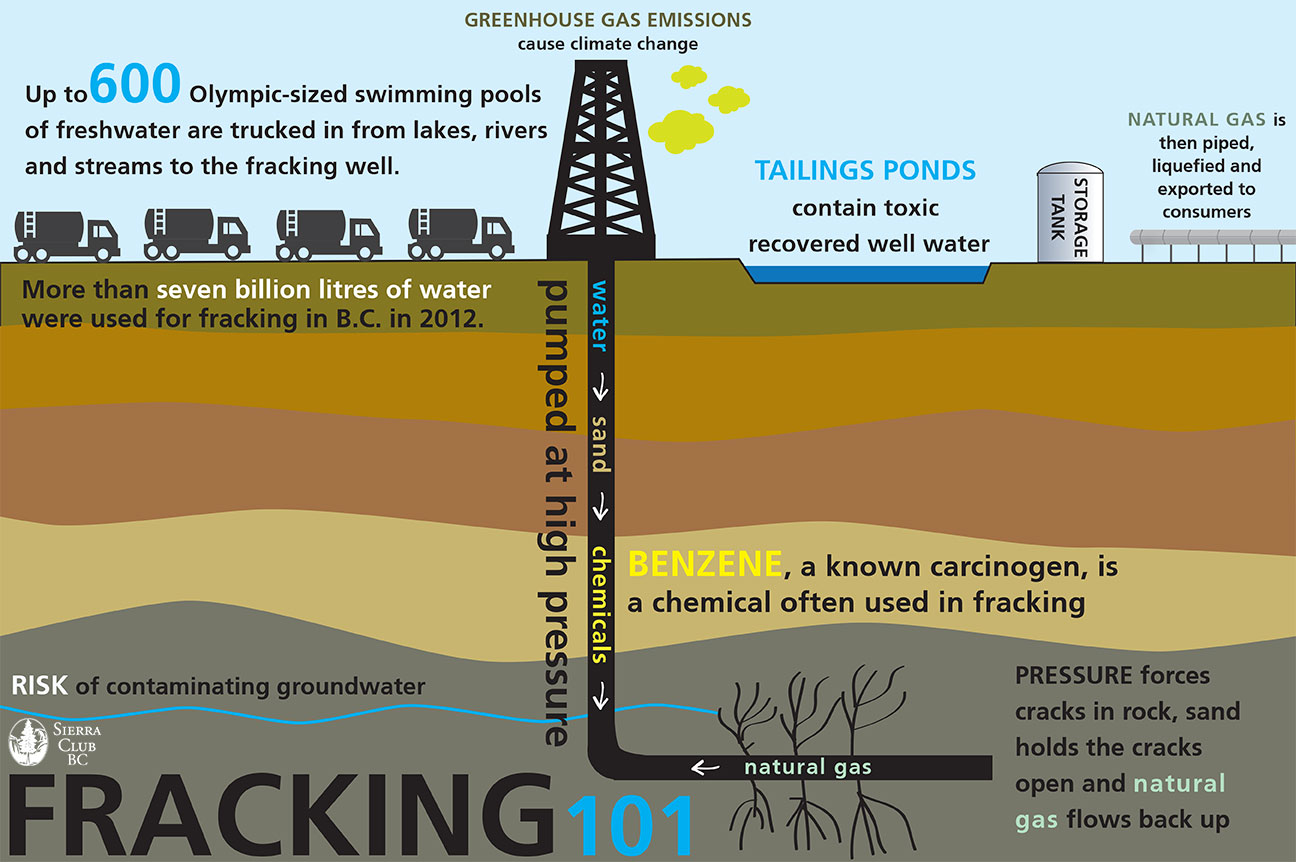 Fracking is very controversial in a large part due to the chemicals that are used. In the US, companies do not have to disclose what chemicals they use, and some of these chemicals are known to cause cancer.

Fracking also uses a great deal of water. While this water may be reused a couple of times to frack in other areas, this typically isn't the case. Instead, the water is shipped off and stored even deeper into the earth. It is during the storage process of fracking water that earthquakes are caused.

Fracking also contributes to greenhouse gases, such as methane, and other harmful chemicals are released into the atmosphere, threatening human health.

The large number of trucks that must bring in water used for fracking also release greenhouse gases.

Lastly, many believe that, because fracking produces more fossil fuels, we should not be investing in this technology but instead looking to green sources of energy, such as wind and solar energy instead. Coal produces greenhouse gases and further contributes to climate change.

To watch a video about fracking, see this link.

3977 views around the world