What is the change of state directly from gas to solid?

The process of gas changing into solid is deposition.

One example of deposition is the change of water vapour in sub-freezing air into ice without first becoming a liquid.

This is how snow forms in clouds, as well as frost on the ground or on a leaf. 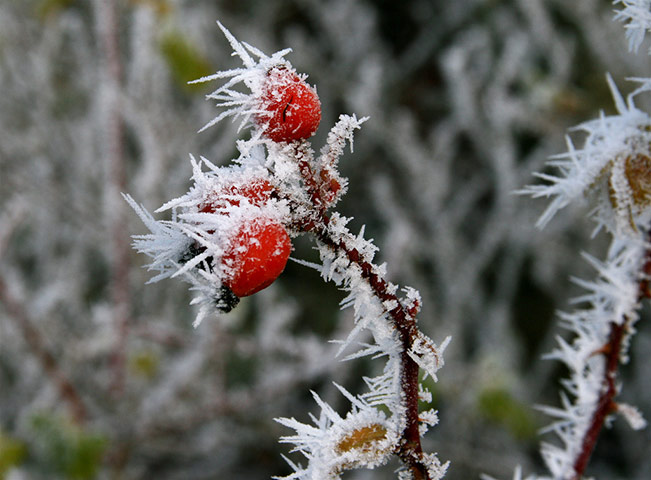 For deposition to occur, we must remove thermal energy from the vapour. When the leaf becomes cold enough, water vapour in the air loses enough thermal energy to change into a solid.

Deposition in water vapour occurs due to the pureness of the water. The vapour has no foreign particles to serve as nuclei for ice formation. Thus, it is able to lose large amounts of energy before forming around something.

When the vapour hits the leaf, the supercooled water vapour immediately begins to condense. However, by this point the vapour is already below the freezing point. This causes the water vapour to change directly into a solid.