The important thing to realize here is that you're dealing with an ionic compound that contains tin, , a transition metal.

So, ionic formulas are written based on the criss cross rule. which states that the charge on the cation becomes the subscript of the anion, and vice versa.

In this case, you have

Keep in mind that since the charges must be balanced, you can say that a formula unit of this compound will contain 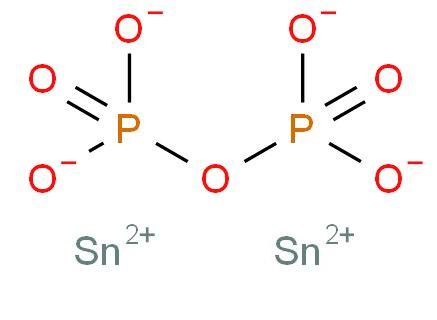 So, the tin cation is in its oxidation state, which means that you're going to have to use the Roman numeral (II) in the name of the compound.

Finally, is the phosphate polyatomic ion.

Put all this together to get the name of the compound

4039 views around the world