What is the difference between Shell (orbit) , Subshell and orbital ?

In the Bohr model, which is a simplistic one that violates the Heisenberg Uncertainty Principle, the electrons are claimed to "orbit" the atom (nowadays we know that is not true, but it is still useful to teach this as an introductory model).

They are said to do so in shells defined by the principal quantum number . In atoms with only one electron, like , , etc., there are no subshells.

Subshells are introduced when more than one electron is present, due to the electron repulsions that arise: 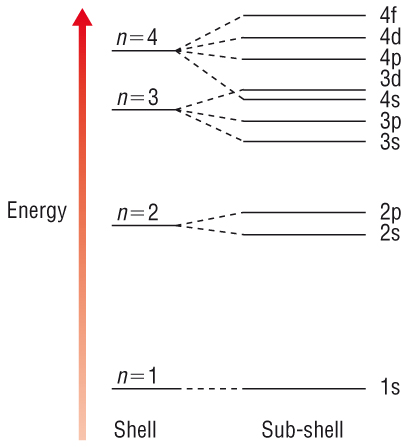 (NOTE: The becomes lower in energy than the for most transition metals after the relevant orbitals are all filled appropriately.)

At this point, we still have not given a clear image of what a or "orbit" looks like, nor does a Bohr dot diagram distinguish between them.

As such, for multi-electron atoms, it is no longer appropriate, but nonetheless, we apparently still use Bohr dot diagrams for simplicity, when using X-ray, or so-called "KLMN notation", to give electron configurations.

This terminology of "shells" and "subshells" lingers on in the modern model of the atom, which uses electron clouds, or orbitals, to describe regions of electron density: 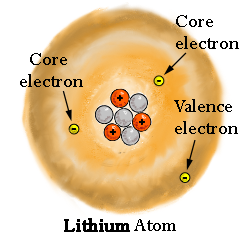 Here, we properly treat electrons as waves, that construct the orbitals we designate the names .

Of course, again, these so-called subshells, arise due to having more than one electron.

8569 views around the world