What is the Lewis electron-dot structure for a molecule of hydrogen chloride? 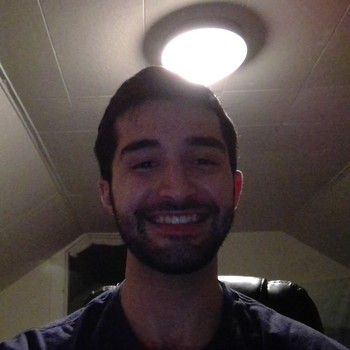 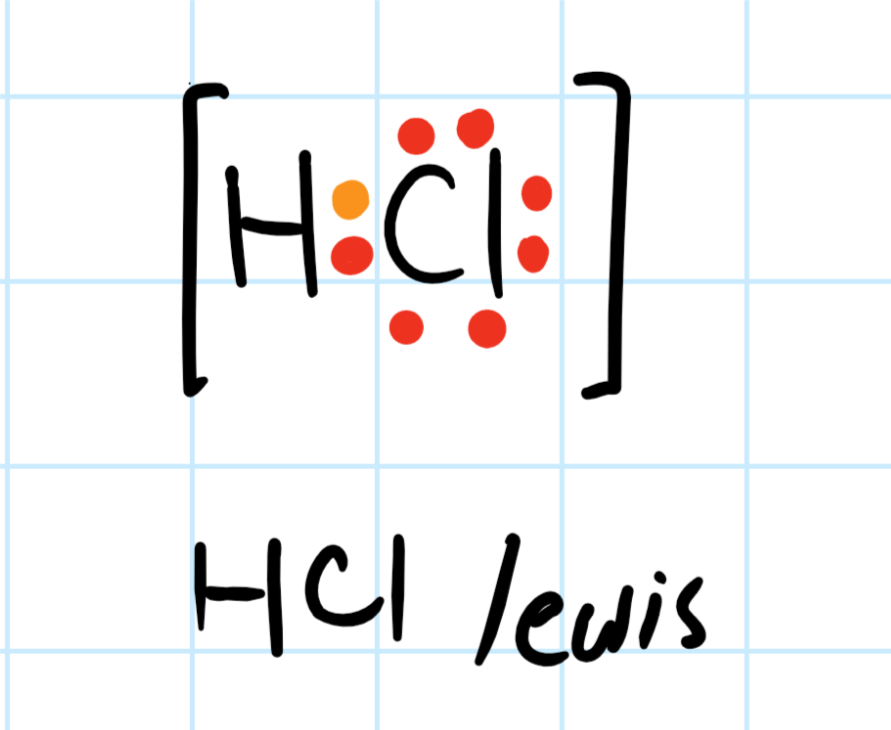 Hydrogen's electron is shown in orange. Chlorine's valence electron are shown in red. Thanks to hydrogen's one electron, the valence shell is now complete. Because Chlorine is more electronegative, the electrons about the chemical species will be closer to it than hydrogen.

We could try to image it as looking something like this, where the Chlorine part of the species has a slightly negative charge (since the electron are pulled closer to it) and the hydrogen's charge is slightly positive.

Consider the graphic below: 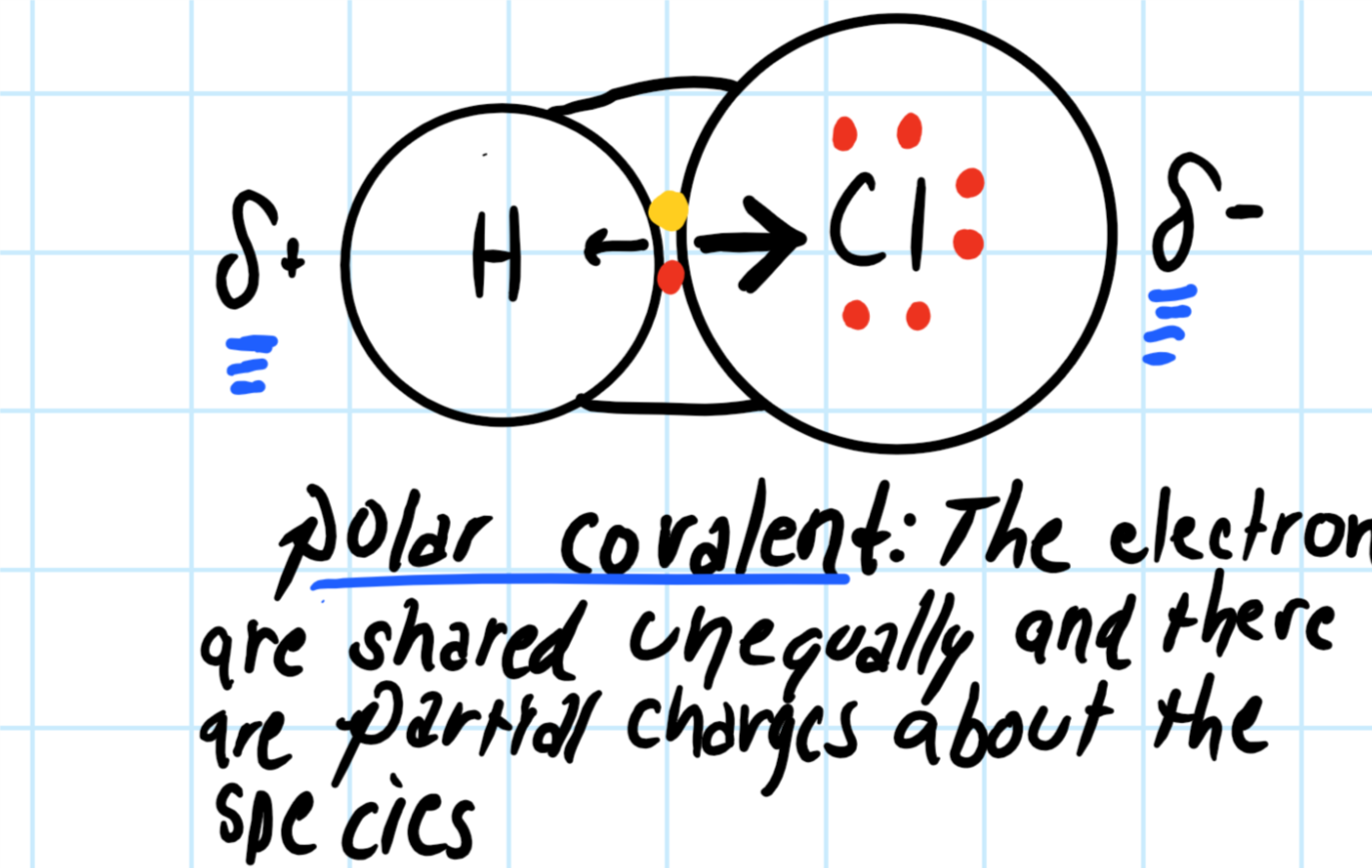 The bond is polar covalent. Though two circles connected with lines is not actually how an molecule looks, the delta negative and positive parts of the molecule are meant to confer the electronegativity difference which I have explained above.

The electron will lie closer to than to .