What is the meaning of the word astronomy?

Astronomy is a scientific investigation of the universe to discover the properties of celestial objects and the laws under which the universe operates.

Astronomy is the science that studies the universe. It deals with the properties of objects in space and the laws under which the universe operates. The “Golden Age” of early astronomy (600 b.c.–a.d. 150) was centered in Greece. The early Greeks used philosophical arguments to explain natural events. However, they also relied on observations. The Greeks used instruments such as the astrolabe (see picture below) to find the positions of the sun and stars. The Greeks developed the basics of geometry and trigonometry. Using mathematics, they measured the sizes and distances of the sun and the moon. 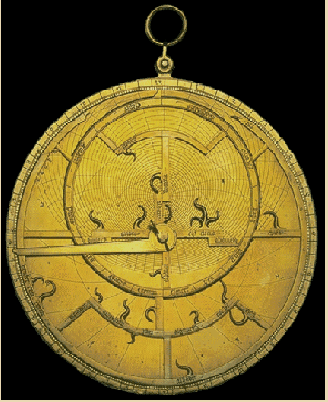 The development of modern astronomy involved a break from previous philosophical and religious views. Scientists began to discover a universe governed by natural laws.

3499 views around the world