What is the spectroscopic method of analysis?

Spectroscopy is measuring light to find out what something is made of on an atomic scale.

Spectroscopy is measuring the light emitted by stars to tell what sort of atoms the star is making, or what a substance is made up of.

Each atom is a nucleus surrounded by a load of electrons. The electrons have specific energy levels, like stairs, and can move between the levels by absorbing or emitting photons of certain frequencies.

Also, each atom has very specific energy levels that we can measure precisely here on Earth, so we know from the frequency of light emitted what energy is lost and so what atom it is in the star, or any other substance. 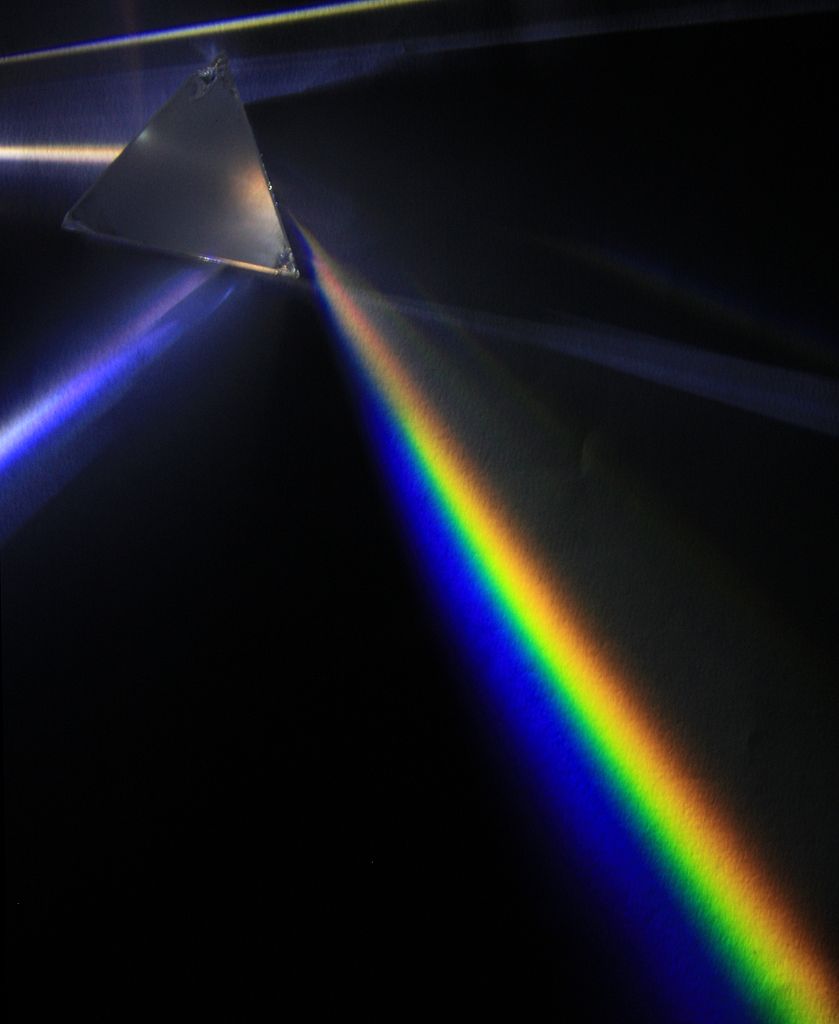 [The above image is an example of spectroscopy.]

Energy of a photon is given by:

where is called Planck's constant and is approximately , and is the frequency of the light emitted in Hertz (oscillations per second).

We may not be able to directly measure the frequency, but we know that the speed of light is constant and that it is given by:

We can also go the other way, rather than measuring the light that something emits, measure the light that it absorbs, which, although it is exactly the opposite, gives us exactly the same result. We can do this by shining white light on a gas in the lab and seeing what light comes through the other side. The light that doesn't come through is absorbed, and from this we can tell precisely what the gas is.

2696 views around the world