What the distinction between soil structure and soil texture?

The soil structure is the form of internal organization of the soil aggregates and the soil texture refers to the percentage of the mineral components in the body of the soil.

The soil structure consists of the arrangement and internal arrangement of aggregates and primary and secondary soil particles. Soil structures are formed through the action of a cementing agent, usually an oxide, organic compounds or clay, which binds the soil grains to a cluster or aggregates, separated from each other by planes of weakness.

The structure of the soil assumes can take diverse forms, reach varying degrees of development, size and resistance, all this influenced by the granulometric and mineralogical composition of the soil.

Soil structures are classified according to the shape they assume, as well as the size and degree of development of the structure, they can be:

As for the form:
Laminares, prismatic, blocks or grains; (figure) 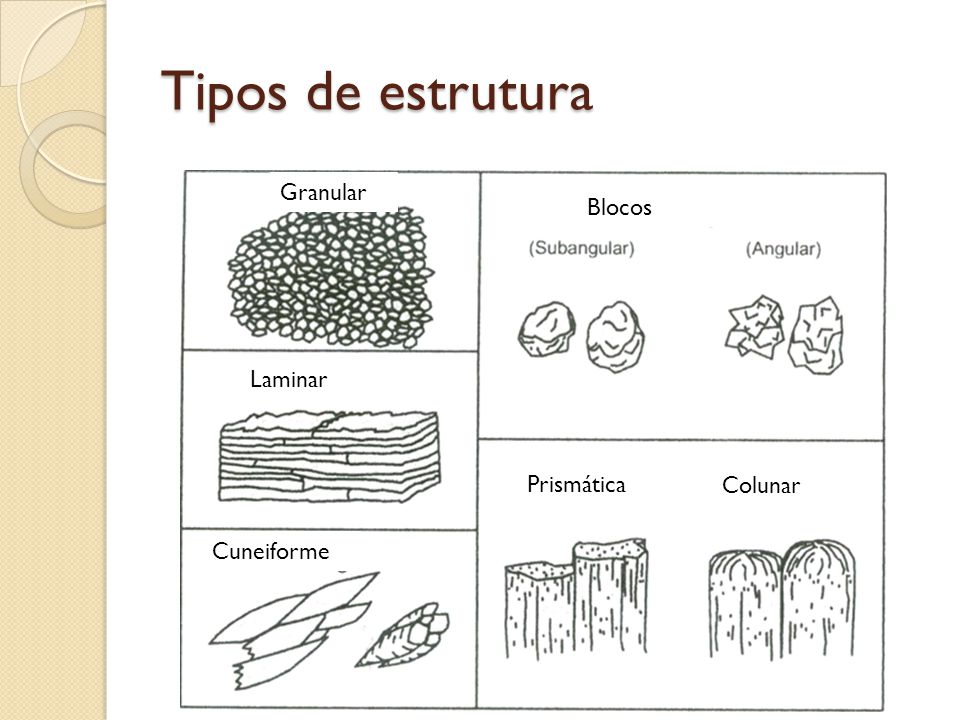 As for the size:
Very small, small, medium, large or very large;

Regarding the degree of structuring:
Weak, moderate or strong;

The texture, in turn, reflects the distribution in the soil of the percentages of the mineral particles in the soil (sand, clay and silt). It is said that a soil is sandy, when it is predominantly constituted by the sand fraction, similarly a clay soil is one whose concentrations of clay are higher.

The soil texture can be defined in the field by touch, but the most usual is to be determined in the laboratory by separating and weighing the granulometric fractions, which will be marked in the textural triangle (figure below). 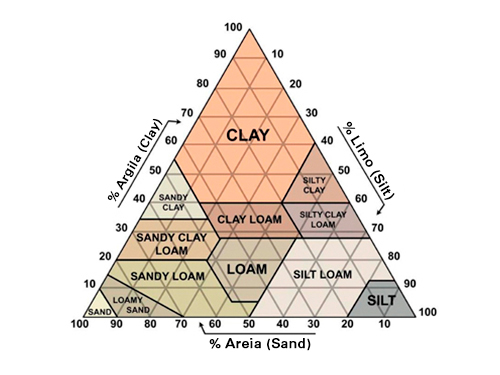