What type of organisms break down rock to make soil?

The organisms operating in the wearing of rocks in two ways: the fragmentation of the rocky body and chemical modification of the parent material.

The agencies act directly and indirectly on the erosion of rock and soil evolution. Act in physical attack Rock promoting the breakdown of rocky body into smaller units and the chemical attack on this rock. Soil biology is quite varied, as illustrated in the image below, consisting of fungi, bacteria and higher organisms, such as earthworms and others. 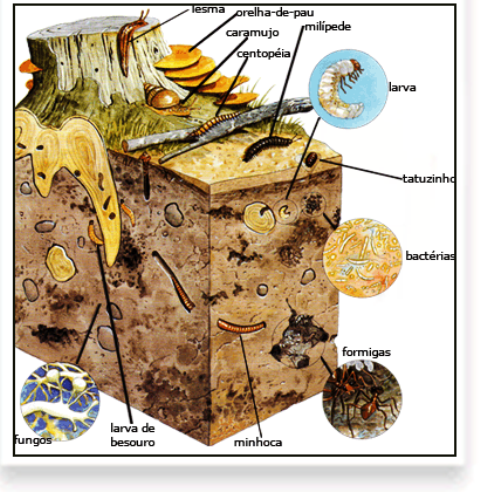 5160 views around the world