What was a liberty bond?

It was a way to support the war effort during WWI in the US,

Basically you would buy bonds to give money to be invested to support the war effort (to raise funds, for example, to make weapons, to build ships or airplanes, to buy food for the troops, etc.) and after you could get back your money with an interest (a kind of loan the person could give to the government).

The selling of bonds was supported by one of the first "marketing" campaigns of all time. Famous people, such as, actors, heroes and, in general, well known public authorities were used to publicize the selling of bonds.

Also, the patriotic drive was used to convince the public to buy bonds to, kind of, "fight at home" and so helping the soldier at the front. 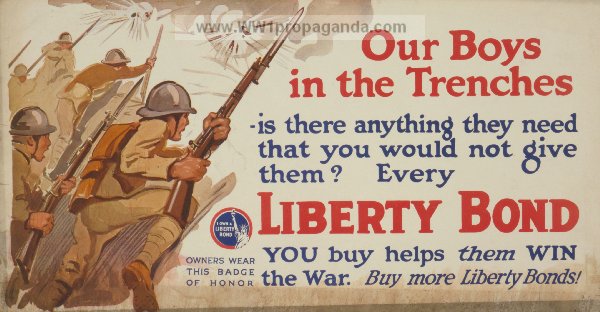 1546 views around the world