What was the mission of the Ku Klux Klan?

Wow...this is a complicated and painful subject...
I read some stuff on the subject but probably my answer is only superficial.

After the Civil War there was a difficult situation in the former Confederate Nations.
Apart for, well, losing the war and losing the best of their adult generation killed or maimed on the battlefield the economy of the South was destroyed (because of the blockade and the lack of hands for the agriculture) together with the most important cities of the South (Atlanta, for example).

Towards the end of the war in particular General Sherman decided to organize an incursion or "march" towards the sea (cutting in half the Confederate forces) in which allegedly the soldiers were encouraged to make a "scorched earth" action.
According to some authors (Farid Ameur) this was probably the worst and fierce "punitive" action of this dimension ever performed in the US.

So where the Ku Klux Klan comes into this?
The KKK was born from the resentment and "outrage" after the tragic end of the war to oppose the new rights of African-American and to try to interfere with the decisions of the new governments (considered as puppets of the North) and making them ineffective in changing the society to become a more tolerant one.

The KKK operated as a secret terroristic organization trying to intimidate opposers and carrying out violent actions against African-American or politicians considered enemies of the South.

Interestingly there are two movies depicting the situation after the war:
1) The Birth of a Nation (1915): this is a kind of weird movie where the KKK is depicted as defender of the oppressed white southerners (the strange thing is that African-American in the movie are actually White People with make-up...!).
2) Gone with the Wind (1939): where you can see the fire of Atlanta and the devastation produced by Sherman March (although if I remember correctly there is only a slight description of a KKK like action of sabotage). 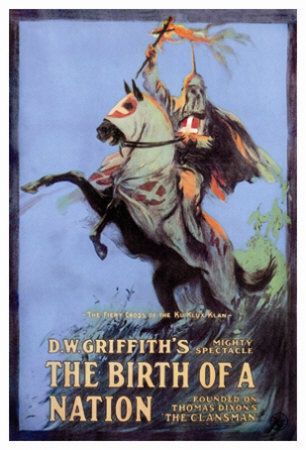 6118 views around the world