When do you use gas chromatography and mass spectrometry (GC–MS) at the same time?

The point of using Mass Spectroscopy is to fragment the sample, and through understanding how the molecule fragments into particular ratios and the relative abundances of those fragments, we could understand what its structure is.

Gas Chromatography is a gas-phase elution method that essentially separates sample into its component parts and identifies a component's mass based on the amount of time it spends traveling through a tube. The mass is automatically cross-referenced with a database. Often, microliters are used to deliver sample, which is at once delicate and conserving sample. 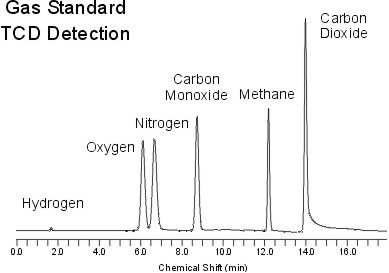 Coupling the two techniques as GC-MS combines the two goals together to separate samples into component compounds, determine relative abundances of significant compounds, and find out what is in the sample.

GC is the injection (syringe), vaporization (in oven), and separation (amount of "lag" in sample as it goes through the 30-ft tube) method, and MS becomes the ionization (using the ion source) and fragmentation (using the mass analyzer) method. Then the electron multiplier detects the signal and you get both a mass spectrum and a gas chromatogram to work with! :)

One example is identifying omega fatty acids in egg yolks. You kind of know what's there, but you aren't sure what fatty acids specifically or in what relative abundances.

3594 views around the world