Which is more likely to be changed by heating a protein—its primary structure or its tertiary structure?

There are 4 levels of structure in proteins: 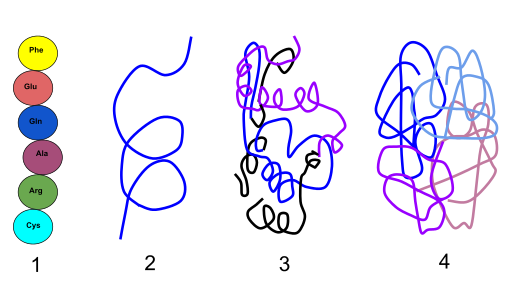 Heat will not alter the order of amino acids in the chain (the primary structure), because it will not effectively break the peptide bonds between them.

However, heat can force the bonds between the many polypeptide chains forming the quaternary structure to break. By doing so, the side chains that are joined together in the tertiary structure are also broken apart from one another. It can even cause the alpha-helices and beta-pleated sheets themselves to untwist or unfold, losing its secondary structure. 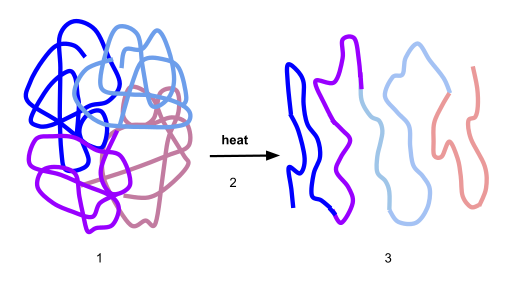