Why can the structure of the universe be compared to bubbles?

The Multiverse Theory is a hypothetical set of seemingly infinite universe including the one in which humans live in, our own. Think of a sea of bubbles; an infinite amount of bubbles. Each bubble includes a different universe of infinite space. 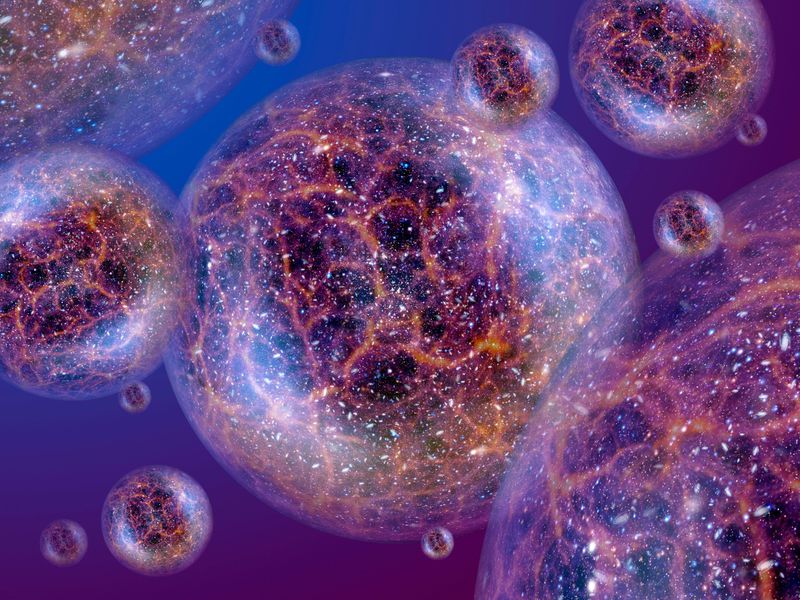 Just gonna restate what I previously said, and add onto it: The theory claims that there is an infinite amount of universes, each including an infinite and ever-growing space including one hundred billion galaxies including two hundred billion stars.
This means that there are an infinite amount of possibilities; there might be a planet similar to Earth, but one less mosquito.
Why bubbles? It is common to hear about the theory and it is referred to as bubbles because if space is infinitely expanding in all directions, its thought to have an overall shape of a sphere.

1255 views around the world