Why do covalent bonds have a low melting point?

The weaker the attractions, the lower the melting point, and the more likely the observable solid is to melt at normal temperatures. Covalent solids that have weak enough attractions fall into that "category". 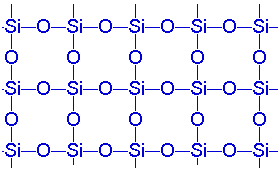 A more detailed answer is below as to why that is.

Well, first off, you probably meant to say covalently-bonded solids. Semantics aside... let's explain this using a diatomic heteronuclear solid, like (covalent) vs. (ionic).

Covalent Bonds
A covalent bond is formed when two atomic orbitals have optimal orbital overlap and electrons are successfully shared, whether evenly or not. The only thing keeping these two atoms attracted is the favorable orbital overlap. In some sense, it is like a "partial" attraction.

Ionic vs. Covalent Compounds
The difference between a purely covalent compound and a purely ionic compound is therefore by what method each atomic system is attracted to the other. The more attracted two atomic systems are to each other, the stronger the intra-molecular attractions.

Individual ions or covalent molecules are not isolated
The stronger the intra-molecular attractions, by inference, the stronger the inter-molecular attractions, in a "pool" of identical ionic pairs, because one will still feel the pull of a that is not directly bonded to it, etc., but in a lattice structure, there are a large number of unit cells connected by their faces. 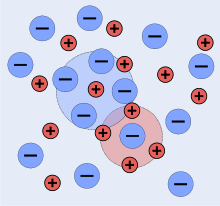 In an ionic OR covalent "matrix" (or "pool", or collection of "unit cells" if ionic, or collection of "molecules", if covalent), there will be other charged atomic systems nearby, and they will be involved in the interactions as well.

Natural Conclusion
Naturally, a "pool" of "ionic atomic systems" will have a strong lattice structure and therefore higher melting points (or will probably exist unmelted at normal temperatures).

So, a "pool" of "covalent atomic systems" will merely have intermolecular attractions (london dispersion, H-bonding, dipole-dipole, etc) and therefore lower melting points (or will probably exist melted at normal temperatures).