Why is Hippocrates considered the father of modern medicine? 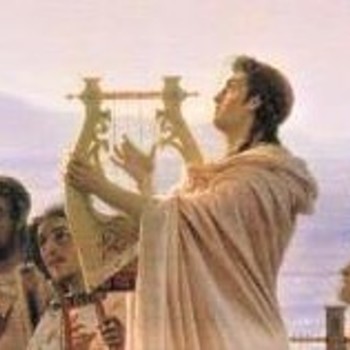 Hippocrates, one of the most outstanding physicians of all times, created the basic principles of scientific medicine and is the author of the Hippocratic Oath, considered to be the standard in medical ethics for about 2500 years.

He was born c.460 BC and was the founder and leader of the medical school on the island of Kos, Greece.

Although considered a philosopher by Plato and others, he was the first to separate medicine from philosophy and the knowledge of health from the myths and superstitions circulating at that time.

Hippocrates was the first to establish the diagnostic methods of examination used today. He created names for many diseases (like diabetes melitus, for example), discovered effective therapies for them, invented medical devices -- and he is also thought to be a founder of environmental medicine and modern nutrition.

He performed surgeries at times, trained medical doctors and used in his practice at least 300 plants, spices and extracts from plants, mostly collected from the islands of Greece or imported from other lands.

He wrote the famous "Let Food Be Your Medicine" -- as a statement of his conviction that improvements in nutrition and lifestyle must be a requirement fully integrated into therapy.

Contrasting sharply with the ideas of other schools of his time, Hippocrates insisted that patients should be treated integratively (holistically) by improving their soul and body -- and by focusing on the real causes of disease, not only on their apparent symptoms.

He was almost unanimously praised and quoted in Europe and in other cultures for at least 1000 years for his methods, his humanitarian principles and his unfailing dedication to patients.

Hippocrates warned the future generations that medicine must be dissociated from greed and from the love of money.

4551 views around the world