Oxygen generally exists in biatomic structure. The theory of octate configuration proposes that when the atom or molecule's outer orbital has half the number of electrons that can have or it is filled then the molecule is stable. The orbitals are s,p,d,f and they can have 2,6,10,14 electrons each. Oxygen being the eighth atom has eight electron. The structure goes as .

Because of the need to have the outer orbital 2p to be filled it forms a covalent bond which allows adjacent atoms to share electrons with one more atom. And after taking the two electrons from second atom the p orbital is filled. And the molecule is now stable.

For Ozone three atoms of Oxygen form single bond with each other. The form is stable as the outer orbital still has eight electrons. But the formation of molecule is favored by the oxygen concentration in the local region. In the near earth surface atmosphere called troposhpere the concentration of Oxygen is 21% and rest Nitrogen. So the Reaction which is reversible goes towards the less energy state which is .

And the reactivity of ozone is more than that of Oxygen in Normal conditions. Hence it immediately dissociates to and Nascent Oxygen. Nascent Oxygen is very reactive. This reaction is used in disinfecting drinking water as the nascent oxygen kills germs and bacteria. 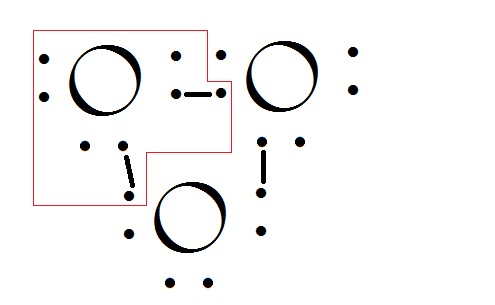 3218 views around the world