Catalase is an enzyme which breaks down toxic hydrogen peroxide into less harmful substances.

Catalase is an enzyme that can be found in almost all organisms that use aerobic respiration. Catalase catalyzes the decomposition of hydrogen peroxide, , into water and oxygen.

The video shows the decomposition of hydrogen peroxide catalyzed by catalse enzyme from liver.

Despite the fact that it holds a vital role in powering cells, oxygen is a very dangerous molecule because of its increased ability to form reactive compounds. Because of its high electronegativity, oxygen can attract electrons, usually from electron-carrying molecules, and form hydrogen peroxide, among other compounds.

Hydrogen peroxide is toxic to cells because it reacts with the metal ions found in proteins, causing considerable damage to the structure of the protein in the process.

This is where catalase is useful to the cell, since it decomposes hydrogen peroxide

Catalase is a tetramer of four polypeptide chains, each approximately 500 amoni acids long. One molecule of catalase can decompose millions of hydrogen peroxide molecules each second. 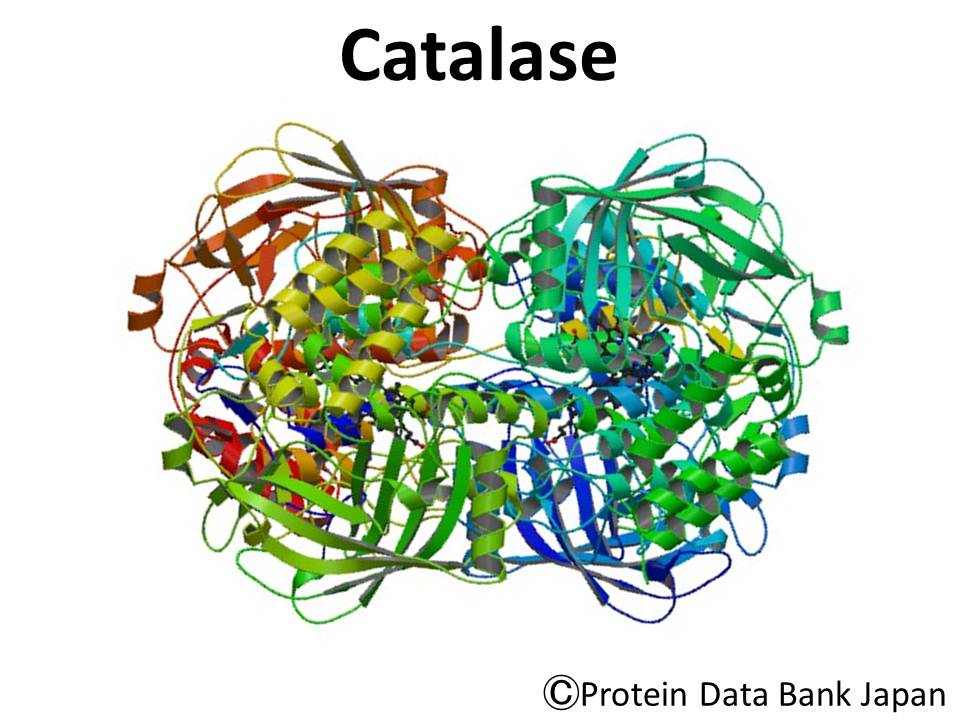 1619 views around the world