The formation of water in a fuel cell is indeed a redox reaction. Without going into too much detail, here's how a fuel cell works. 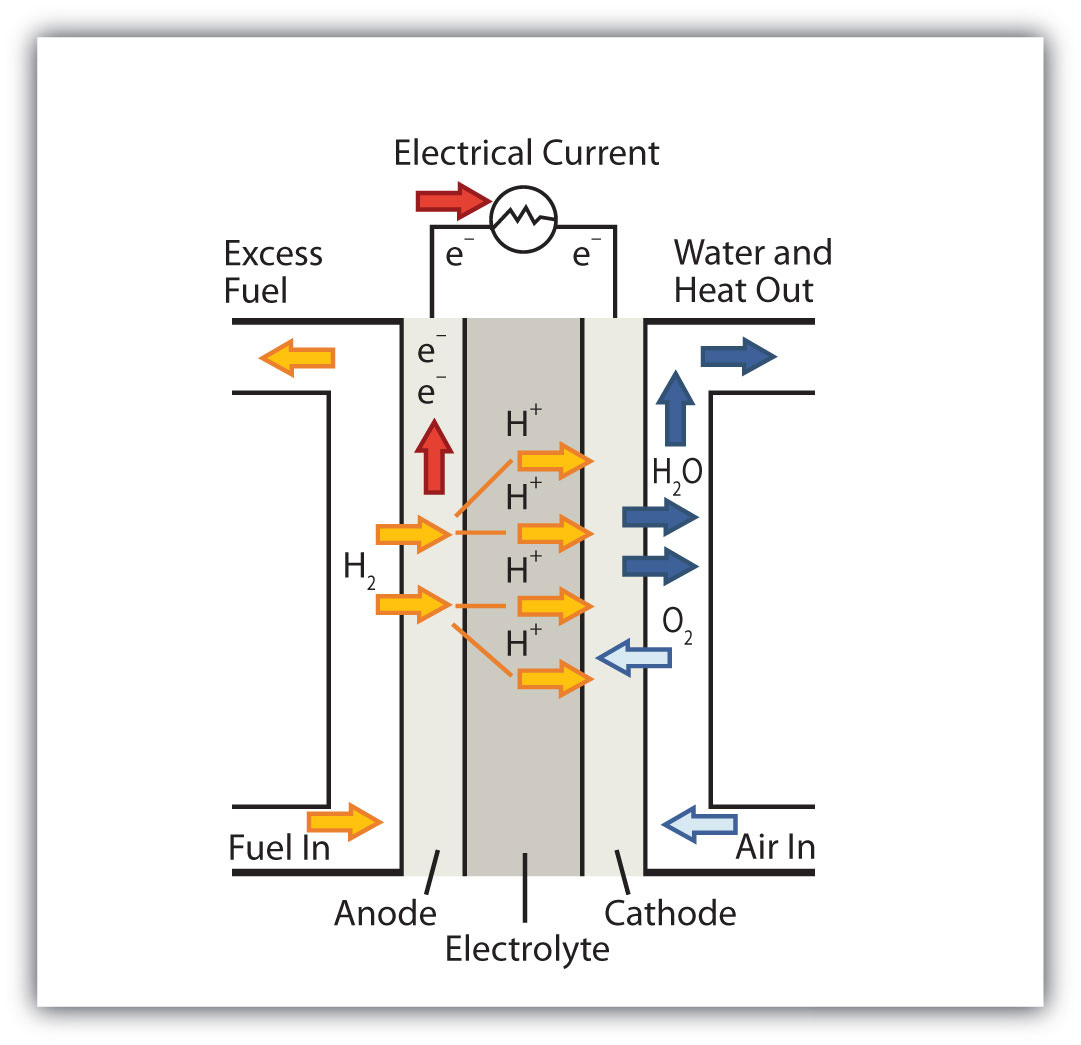 Fuel cells need hydrogen () and oxygen () in order to work. Hydrogen is the fuel that powers the cell, while oxygen is used as the oxidizer.

Hydrogen atoms are introduced at the anode and they are stripped of their electrons to form hydrogen ions. This is the oxidation reaction

The electrolyte only allows cations to pass through to the cathode, all the electrons being blocked and forced up the anode to complete the circuit.

Add these two equations to get the overall redox reaction

Since oxygen picks up two electrons from the circuit and combines with hydrogen ions, the formation of water is regarded as ionic in fuel cells.

See all questions in Redox Reactions

1986 views around the world