The same principle I described for cation exchange chromatography applies here, i.e. like charges repel and opposite charges attract. 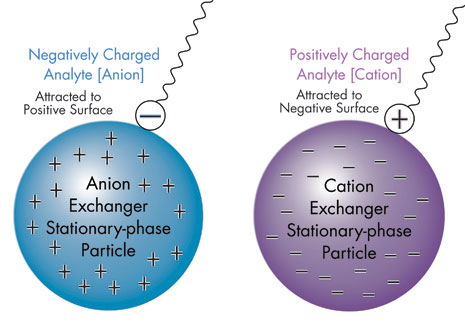 In the case of anion exchange chromatography, the positively charged stationary phase particles will separate and retain the negatively charged proteins. 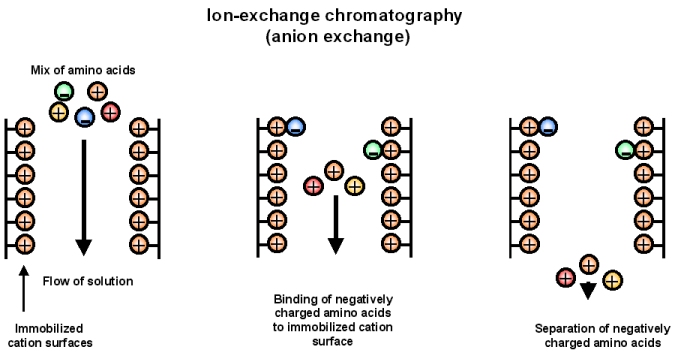 612 views around the world