Because of the electrostatic force of attraction that exists between the cations and anions.

When this happens, the strong electrostatic attraction that exists between positive and negative charges kicks into high gear and bonds these two ions together.

Now imagine you have a whole bunch of metal and nonmetal atoms that react and become cations and anions. 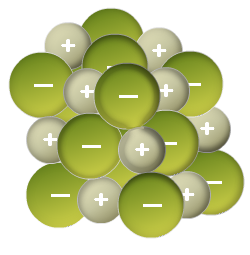 2731 views around the world