What are the spectral series we see in the Hydrogen atom emission spectrum?

Hi Abdullah, I thought to give you a kind of "visual" answer by starting with a very good picture from Ohanian Physics: 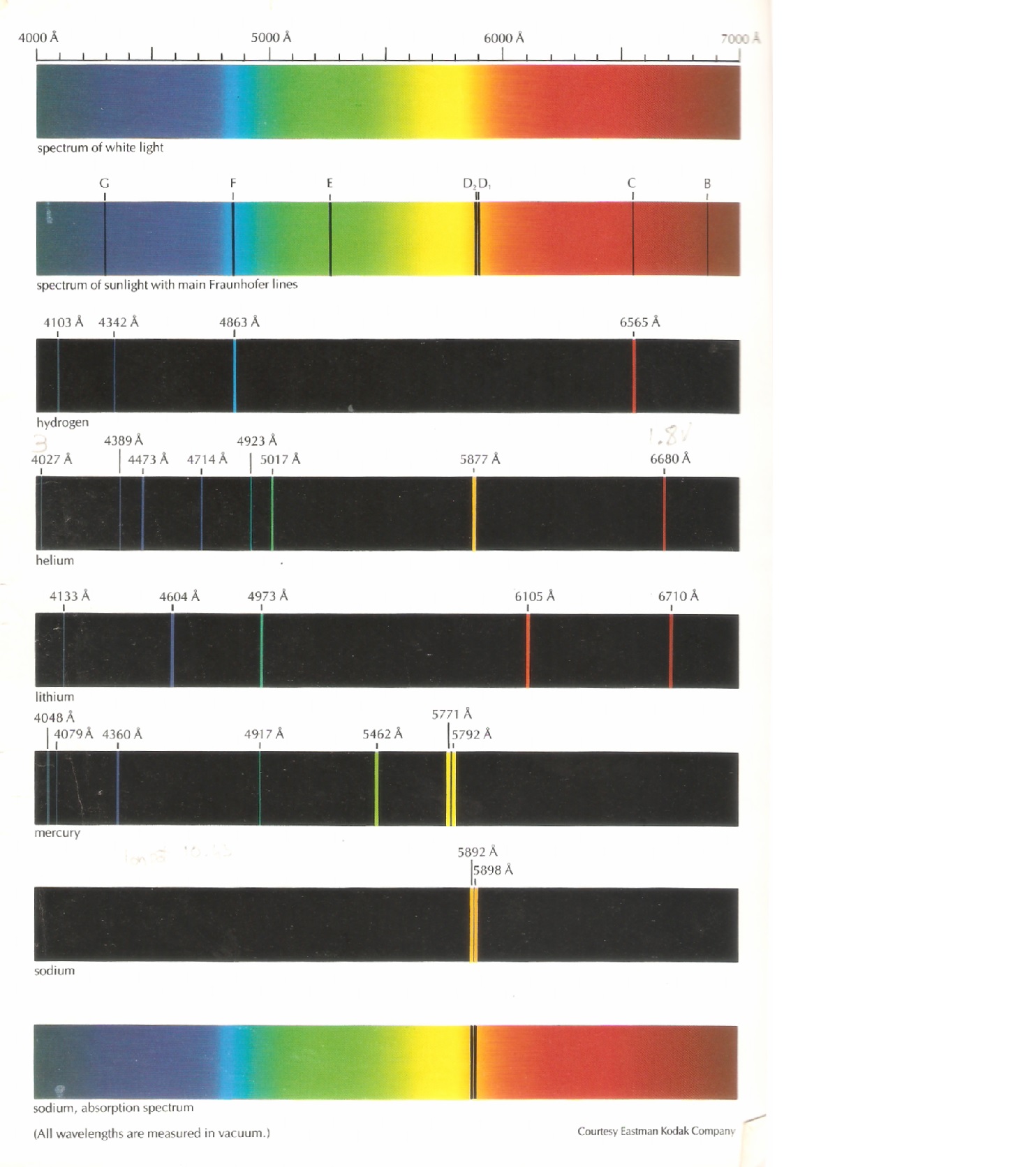 The first spectrum (kind of a rainbow) represents the continuous white light emission spectrum. As you can see between colours there aren’t interruptions or abrupt changes but the colours blend one into another "continuously"!
In the Sun for example you have a lot of energy production in a medium that is quite compact. The surface of the Sun at 6000 K emits a continuous spectrum of constant intensity over the visible range of wavelengths.

The third, fourth, fifth, sixth and seventh ones are emission spectra of various elements obtained by taking a sample of that particular element (gas), energizing it (by passing an electrical current through it, for example) and recording the light emitted by its atoms.
If you think of superimposing these spectra to form a unique one you'll start to see a spectrum similar to the first one (full of colours).

This video show uses diffraction grating to show the emission spectra of several elements including hydrogen, oxygen, neon and nitrogen.

Now you do not have the definite and separate lines of the emission spectra of the single elements but a continuous variation as in spectrum one of your picture! 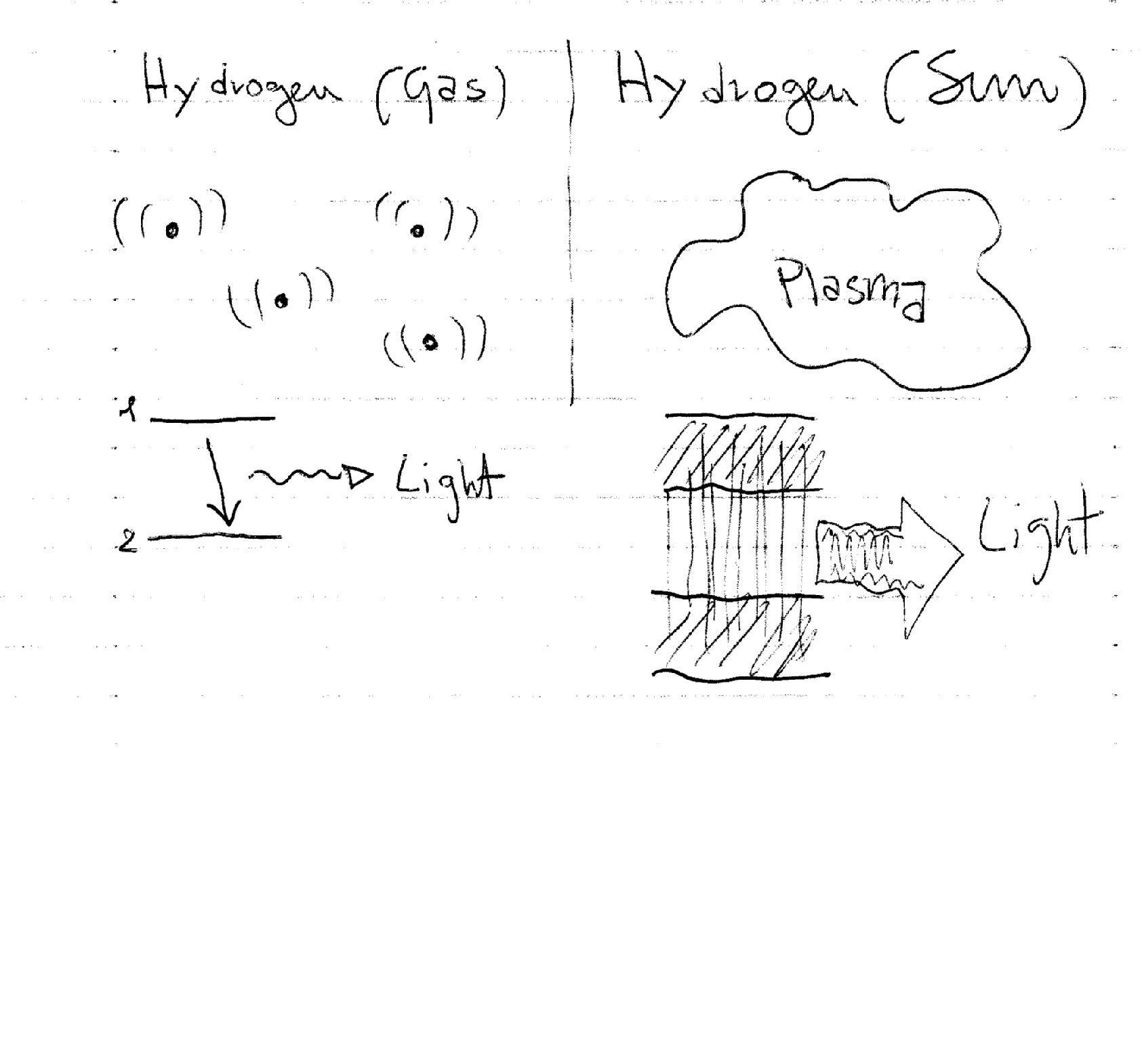 6467 views around the world