Salt, or sodium chloride, is a strong electrolyte, which means that it will dissociate completely in aqueous solution to for sodium cations, , and chloride anions, . 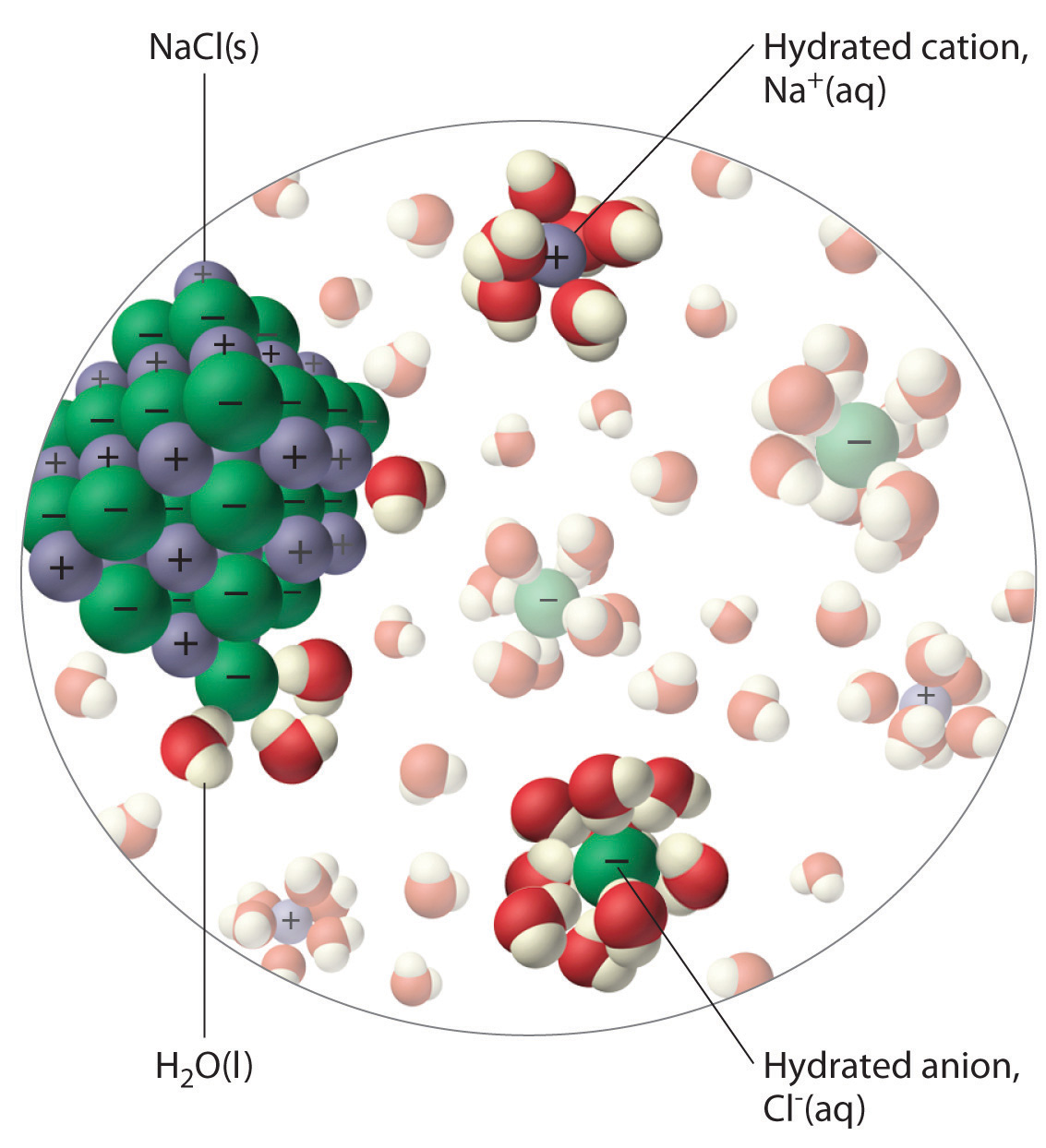 The water molecules are polar, which means they have a partial positive side and a partial negative side.

The partial negative side of the water molecules, which is where the oxygen is located, will be attracted to the positively charged sodium cations.

At the same time, the partial positive side of the water molecules, which is where the tw ohydrogens are located, will be attracted to the negatively charged chloride anions.

As a result of this attraction, the ionic structure of the sodium chloride will be broken, and individual sodium and chloride ions will be released in the solution.

Check out this cool animation of how waater dissolves salt:

2091 views around the world